August 14, 2017
Following the outcome of the referendum meeting held Sunday afternoon in Abuja by the union leaders, the Academic staff Union of Universities has declared an indefinite strike from Monday 14th August 2017. This the Union leader says is to persuade the Federal government to meet their demands. This came after several branches of the Academic Staff Union of Universities (ASUU) have voted overwhelmingly for members in both federal and state universities to embark on an indefinite strike to press home the implementation of their demands. 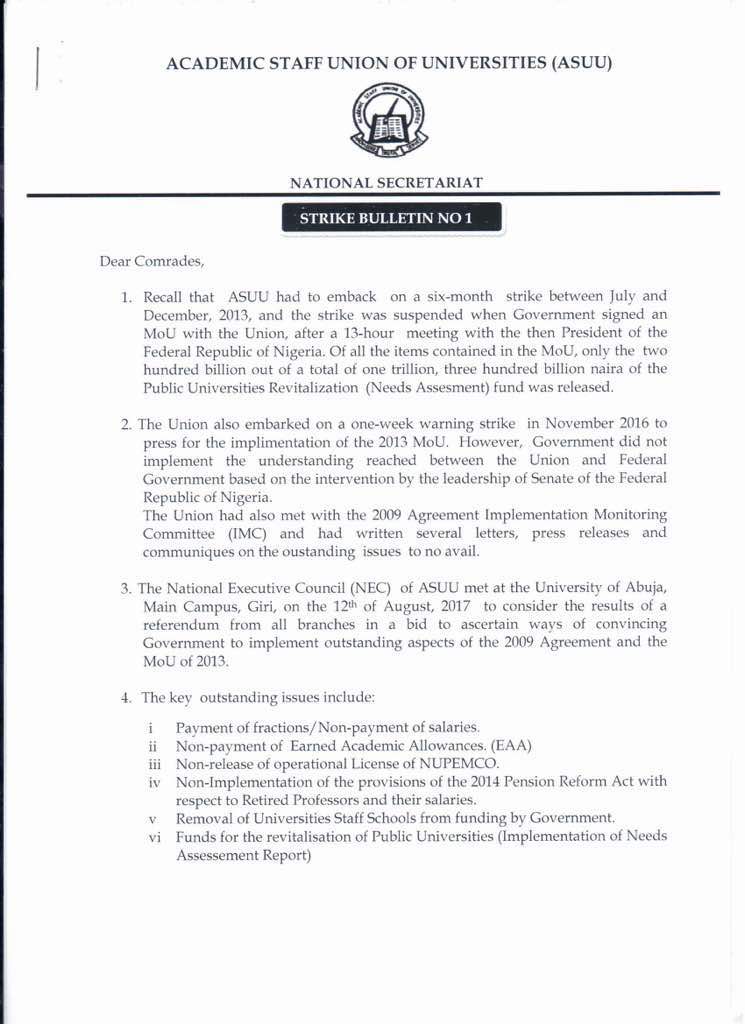 ASUU branches nationwide on Friday held a referendum in line with an earlier directive by the National Executive Council (NEC) to vote whether the strike will be indefinite strike, one month strike, one week warning and no strike. 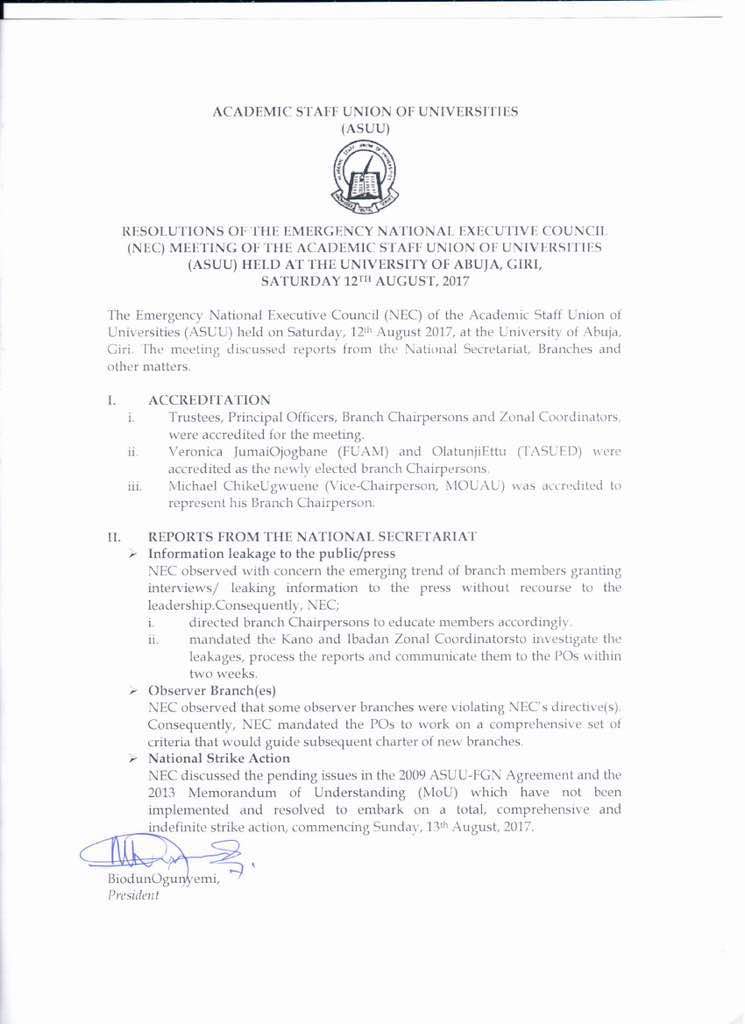 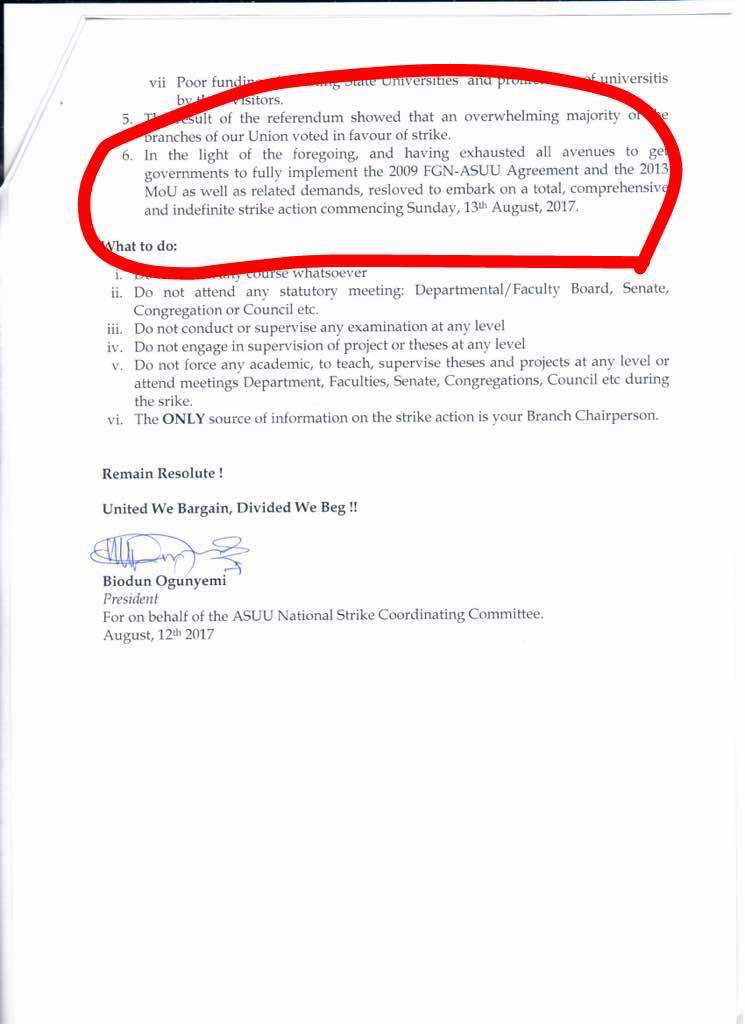 The meeting of ASUU NEC held at the union’s secretariat at Abuja to deliberate on the outcome of the referendum conducted by the branches.

Feelers from the NEC meeting indicate that several of the branches including the University of Lagos (UNILAG), University of Ibadan (UI) and Lagos State University (LASU) voted for an indefinite industrial action.

One of ASUU Zonal Coordinators told our Correspondent that his zone voted overwhelmingly for strike and that the outcome of the referendum conducted on Friday will be collated to enable the union take a position.

Among issues in contention includes, federal government breach of the 2009 FG/ASUU Memorandum of Understanding (MOU) signed agreement on financing grant to state universities, conditions of service, non implementation of Earned Academic Allowance (EAA) and re -negotiation of the agreement.