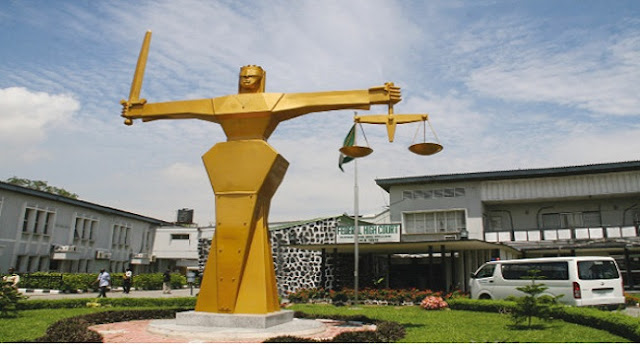 A Lagos Federal High Court on Wednesday ordered the President Muhammadu Buhari-led Federal Government to disclose all information about suspected looters in the country.

The suit followed disclosure last year by the Federal Government of funds recovered from some high-ranking public officials and private individuals.

In her judgment Justice Shagari agreed with SERAP that “the Federal Government has a legally binding obligations to tell Nigerians the names of all suspected looters of the public treasury past and present.”

Other reliefs granted by Justice Shagari were “A declaration that by virtue of the provisions of Section 4 (a) of the Freedom of Information Act 2011, the defendants are under a binding legal obligation to provide the plaintiff with up to date information relating to the following:

“To widely disseminate including on a dedicated website information about the names of high ranking public officials from whom public funds were recovered since May 2015.

The circumstances under which stolen public funds were returned.”
Timothy Adewale, SERAP deputy director who argued the case on behalf of SERAP and was in court this morning when the judgment was delivered said “This is a victory for justice, rule of law, transparency and accountability in this country. The judgment shows the way forward in the fight against corruption and impunity of perpetrators.

“We will do everything within the law to ensure full compliance by President Muhammadu Buhari and Acting President Osinbajo with this landmark judgment.”