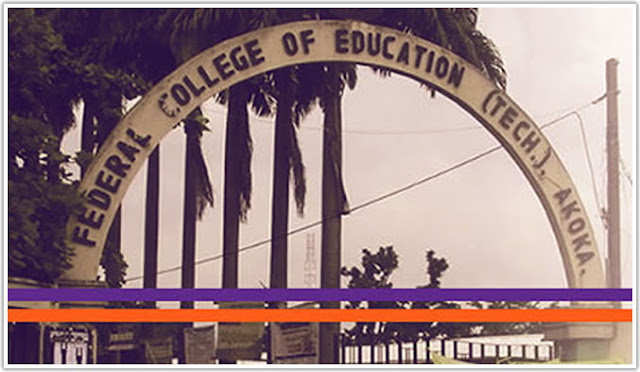 Some parents have expressed concern over the 500 per cent hike in the acceptance fee for new students imposed by the Federal College of Education (Technical), Akoka, Lagos.

The parents said the acceptance fee was a strain in the budget for their wards’ education.

One of the parents, who pleaded anonymity, said that only FCE (T), hiked its fee unlike other federal colleges, which acceptance fee was far less.He, therefore, called on the Federal Ministry of Education to intervene by stopping the college from putting parents in difficult situation.

The college had increased the acceptance fees from N5,000 to N50,000 for fresh students.

Another parent, Mr. Folorunso Akinlabi, whose son was admitted into the college last session, said he paid N5,000 as an acceptance fee then.

He said, “I was surprised to hear that the FCE, Akoka raised its acceptance fee to N50,000 this year.

“That is killing! How do you expect a civil servant whose salary, rather than increase, had reduced, to cope with such hike?

“I think government should intervene by calling the provost of the college to order.”

Checks by our correspondent in other FCEs in Ogun and Ondo indicated that the acceptance fee charged by them was far below N50,000.

A 100-level degree student of the college, who does not want his name in print, said that he paid N25,000 as acceptance fee.

He pleaded with the Federal Government to speak with the college management in order to reduce the fees.

But, the Public Relations Officer of the Adeyemi College of Education, Ondo, Mr. Moses Akinfolayan, said that the college did not charge its new students acceptance fee.

He said that fresh students for NCE 1 of Arts, Languages and Education pay N25,500 as school fee while their degree counterparts pay N55,500 in the 2016/2017 academic session.

He said, “The acceptance fee paid by every new student was N5,000 but they also pay N10,0000 levy for sports, laboratory fees, Identity card and ICT.”

According to him, about 1875 students are admitted into the college this year as against 1,250 admitted in 2015.

Meanwhile, the management of FCE(T), Akoka while confirming the hike in fees for new students, blamed the situation on increment in running cost of the college.

The Deputy Provost of the institution, Mr. Kehinde Olojede, confirmed the hike but said that the N50,000 acceptance fee was for the degree students.

He said that acceptance fee for the NCE programme was increased from N5,000 previously to N20,000 for the new students in the 2016/2017 academic session.

Olojede added that the dwindling subvention received from the Federal Government also compelled the college management to review upward the acceptance fee.

He said, “The increment is a measure to sustain the system because the subvention from the government is dwindling.

“The costs of running public utilities such as borehole, generator and disposal of refuse by the Lagos State Waste Management (LAWMA) have all gone up.”

According to him, any slight disparity in the amount charged by other colleges compare to FCE (T), Akoka, is because the college is technical school and its programmes are capital intensive.

He said, “The current charge for the degree programme is the same with what students in UNIBEN main campus, with which the college’s degree programmes are affiliated, pay.”

Olojede also cited hike in the cost of processing and regularising admission for the new students in the Joint Admission Matriculation Board office, Abuja as another factor.

He said, “Paper work for regularising admission into the college by JAMB is another factor because most of the candidates did not choose the college as first choice.

“The admission officer had to travel several times to Abuja for the processing and the burden of the expenses had to be spread among the students.”