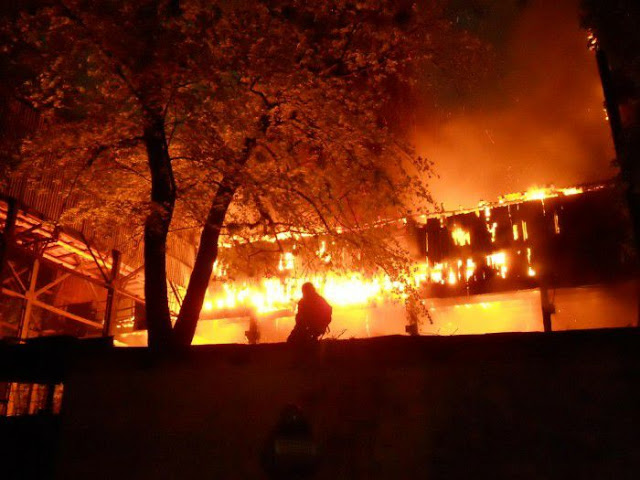 The students of the Federal University of Technology, Minna, Niger State, have gone on the rampage, setting ablaze the school’s clinic on Bosso campus.

The students also reportedly vandalised the school libraries, lecture rooms, a female hostel and a microfinance bank on the campus during a protest against the death of a student, identified as Olalekan Emmanuel, aka Yeye, who died in the clinic.

They blamed Emmanuel’s death on the alleged negligence of workers in the clinic, claiming that the victim was not attended to for about 30 minutes after he arrived at the facility. 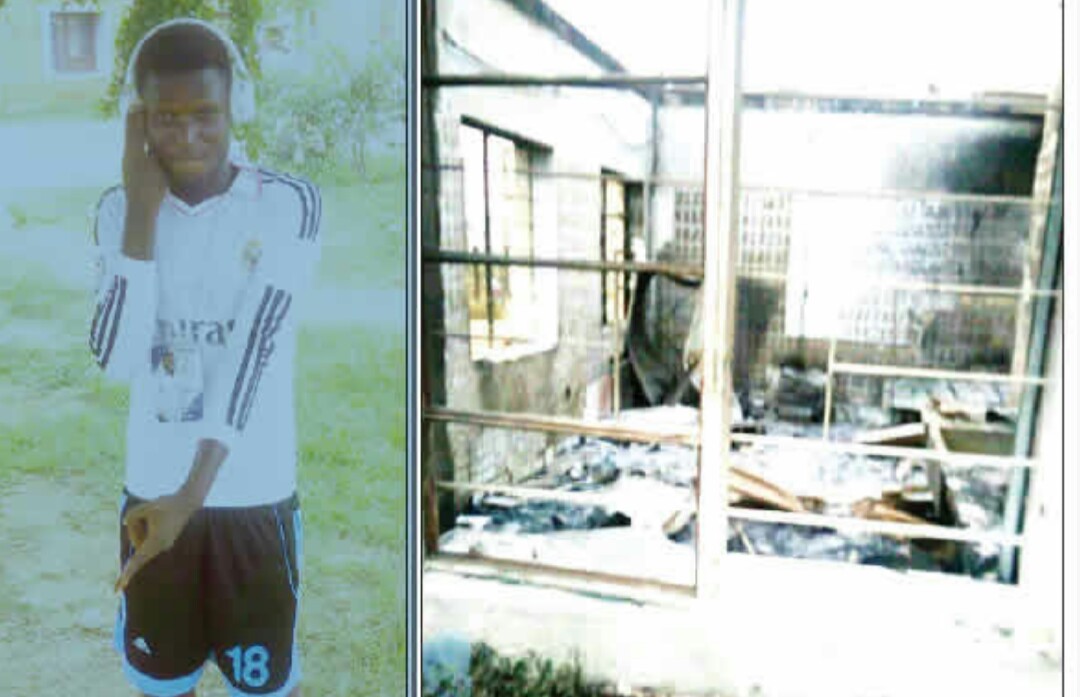 According to Punch.ng, the deceased student, Emmanuel, a 300-level Science Education student, was on the campus pitch with his colleagues around 2pm on Wednesday in preparation for a football match when he slumped.

“A coach was addressing him and other students preparatory to a friendly match when he slumped. On arrival at the clinic, doctors who were supposed to attend to him were not on the ground for more than 30 minutes, and no ambulance was provided to take him to another hospital.

“He eventually died in the clinic. It was a lecturer who took his corpse to a general hospital morgue,” an engineering student, who gave his name only as Abdulrahman, told one of the correspondents on Thursday.

Another student, Ibrahim, stated that the riot started around 7pm, and it lasted for hours as the school’s security men could not stop the protesters. He said,

“Protesting students set ablaze the clinic and shattered glasses of the two libraries and some lecture rooms on Bosso campus. They also vandalised a female hostel and the Automated Teller Machine of a microfinance bank on the campus.

“As of 9pm, no policeman was on the ground. The school’s security men removed their uniforms and fled to safety. All students have been told to go home by 4pm today (Thursday), as the school has been shut for two weeks. I am travelling home now because the campus is not safe.”The suspension of academic activities was also contained in a statement signed by the school’s Acting Academic Secretary, Dr Shakirudeen Yusuf, and quoted by the campus’ bulletin, Campus Anchor Newsy.“The management of the Federal University of Technology, Minna, has approved a two-week mid-semester break for all students of the institution with immediate effect.

“Consequently, all students are to vacate the two campuses latest by 4pm, Thursday, February 16, 2017. Academic activities (will) resume on Thursday, March 2, 2017,” the statement read.The university, in another statement on its website, said it was pained by Emmanuel’s death and promised to investigate the circumstances surrounding the death.

The statement read in part,

“With deep felt sympathy and sorrow, the management of the Federal University of Technology, Minna, announces the death of Yeye Emmanuel Olalekan, a 300-level student of the Department of Chemistry Education, School of Science and Technology Education.

“Yeye slumped while playing football on Wednesday, February 15, 2017, and was rushed to the health centre, where he was certified dead. Late Yeye, aged 23, hailed from the Ekiti Local Government Area of Kwara State.