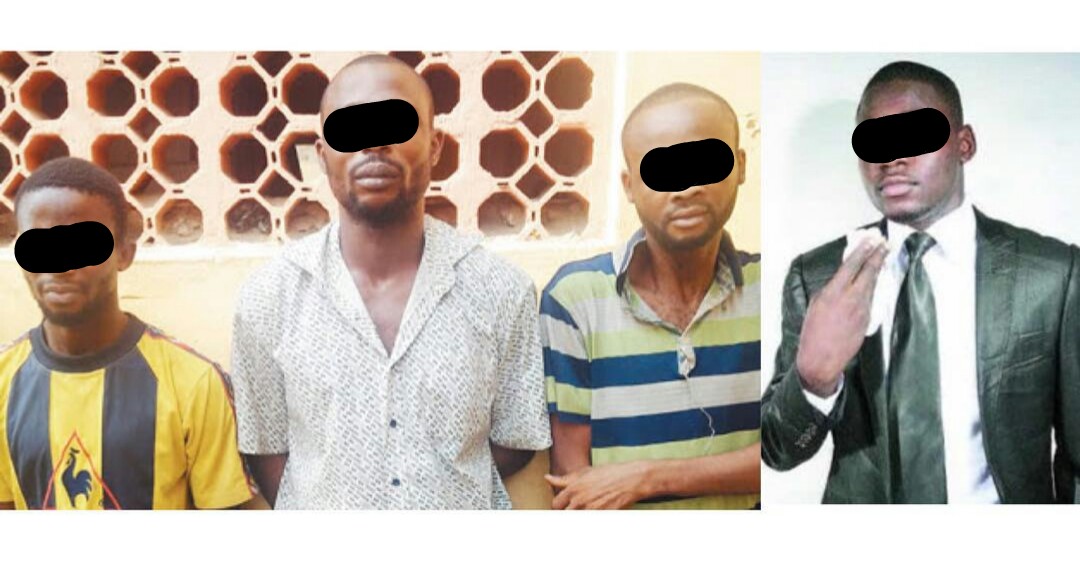 A suspect arrested in connection with the abduction and death of a medical doctor working at the Omu-Aran General Hospital in Irepodun area of Kwara State, Dr. Tunde Abdulrahman, in July 2016 has explained that he personally shot the victim and later sold his corpse, Punchng reports.

Abdulrahman had been missing since he was abducted by three armed men, Hammed, Dayo and Yemi, who stormed his father’s house in Tanke area of Ilorin and took him away in his Toyota Corolla saloon car.

Since his abduction, the kidnappers have not contacted the family to demand a ransom, creating apprehension that he might have been killed. But now, the police said he might have indeed been killed considering confessions made by the arrested suspect, Hammed Jamiu.

Hammed is an ex-convict and the son of the long-time security guard at Abdulrahman’s family house. According to Hammed, he shot Abdulrahman because the victim saw his face and was able to identify him.

All efforts to get Hammed to divulge where he buried the doctor’s body have proved abortive as he at a point identified a rich man residing in Shagamu area of Ogun State as their accomplice.

But the police said their investigation later revealed that he had no such dealing with the said “rich man” whose identity the police did not reveal.

He also took investigators to a forest in Kwara State, where he showed them some buried bones claiming that they were the remains of the doctor. Tests later revealed that they were that of a cow. The police have said investigation was still ongoing on the case.