Unilag medical student arrested for hacking his father to death in Ondo State. 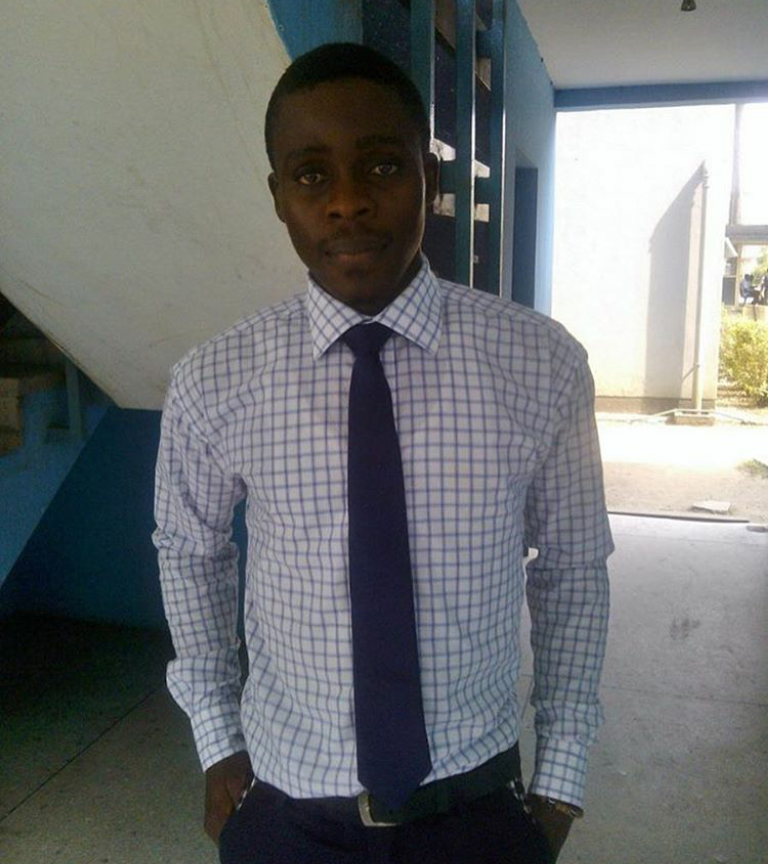 Hmm... he looks so innocent, Olusoji Thompson has been arrested by the Ondo State Police Command for allegedly killing his 86-year-old father, High Chief Clifford Olumekun with an axe, at No 1, Okeraye Street, Idepe in Okitipupa, Ondo State.

The state Police Public Relations Officer, Mr. Femi Joseph, said that the suspect has been detained at the State Criminal Investigative Department of the command for further investigation.

He said the reason the suspect’s action is yet unknown and that the incident happened on January 2, 2017. A source narrated that immediately after killing his father, the suspect allegedly parked the deceased’s lifeless body, wrapped it in a cloth and cleaned the blood stains in the room so as not to give room for suspicion that he (deceased) was murdered.