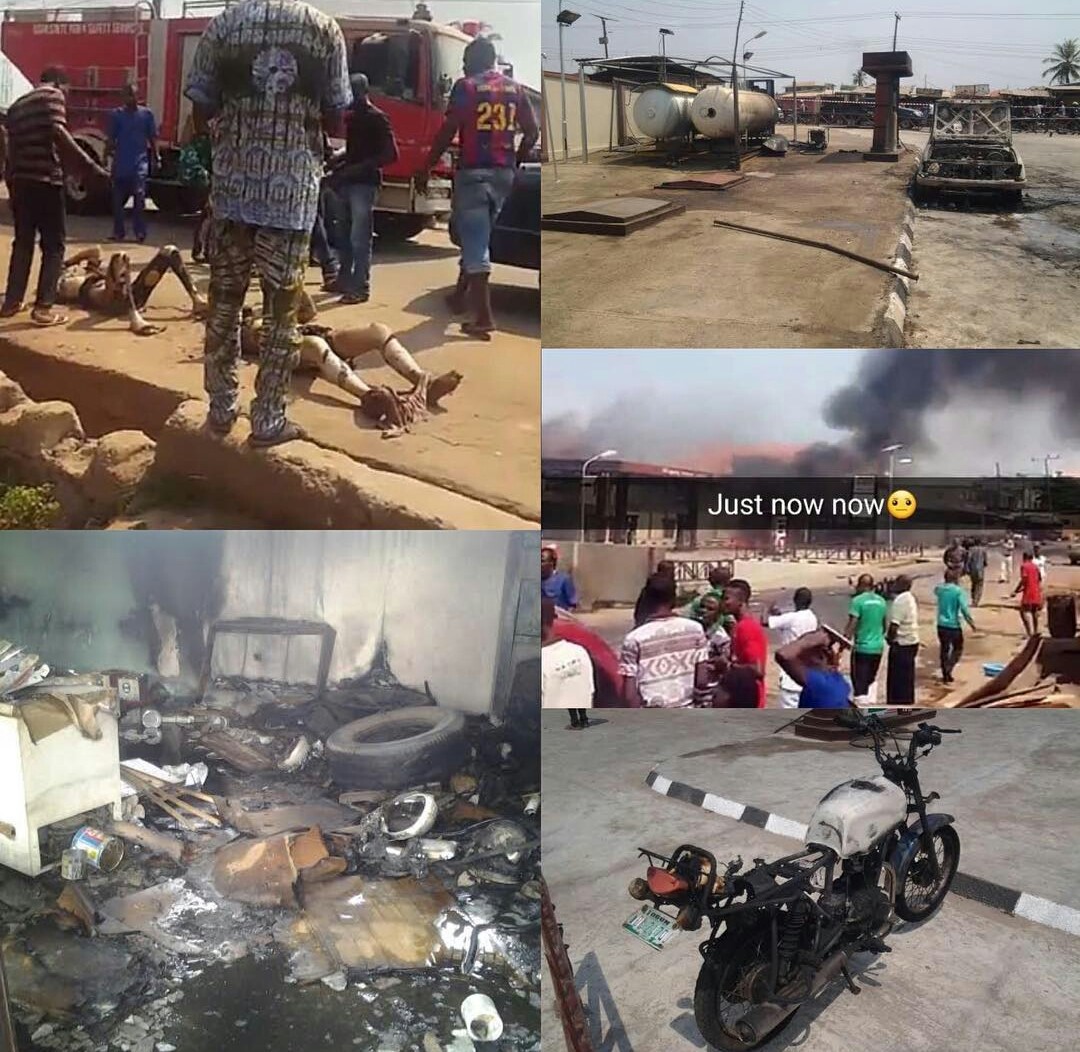 According to Uhuru Times, 2 persons, including a seven-year-old boy, have been confirmed dead, while 7 others were critically injured in a fire outbreak that occurred on Thursday at filling station in Adigbe, Abeokuta, Ogun State.

The fire incident which occurred at about 11.00am in the morning was as a result of gas explosion that occurred while a local welder was carrying out a repair work at a filling station, RAB Engineering Petrol Station.

Apart from those killed and injured, not less than 7 makeshift shops including one motorcycle popularly called, Okada, and a pick-up vehicle were razed in the inferno that took the efforts of men of fire service and security agencies to put off.