January 22, 2017
Stoke City have finalised the transfer of Saido Berahino from West Brom on a five-and-a-half-year deal.

The 23-year-old will cost Stoke an initial £12m, but that could rise to £15m depending on the success of the player and club. Berahino will be unavailable for Stoke's clash with Manchester United this weekend, but will be at the Bet365 Stadium to watch his new team-mates from the stands. 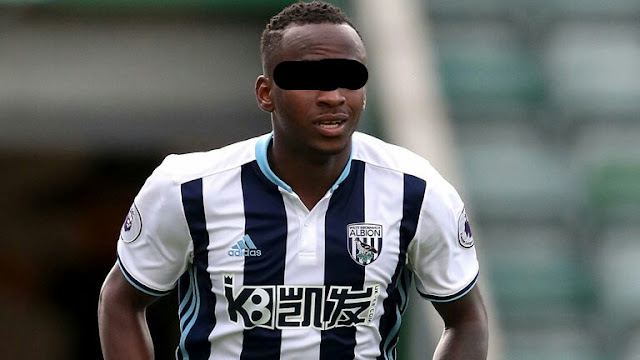 "Finally," Berahino told Stoke's website, after the deal was completed.

"I'm just so happy. I can't wait to get started now and meet all the lads. "The only thing that's kept me going is my faith. I've had a tough two years, it's been hard for me. But everything happens for a reason".

Berahino revealed he did not expect a deal to be completed on Friday, having trained at West Brom in the morning, but believes the transfer has come at the right time.

"I'm mentally stronger and this experience has shaped me to become a better person," he added.
"It's finally happened when it was due to happen, it was all God's plan. "I felt that this was the right step for me to become the player that I need to become. For a team to hang on for me, they could have signed anybody, I haven't been playing. I can't wait to repay them."

Berahino has been the subject of talks with other clubs since Tottenham's protracted battle with former Baggies' chairman Jeremy Peace in the summer of 2015.

The former England U21 international has made just five appearances for the Baggies this season and is yet to register a goal in the current campaign, but Stoke manager Mark Hughes is confident they've secured the right man.

"It's been a bit of a saga but we have managed to get it over the line, thankfully," Hughes said. "At times it appeared like it wasn't likely to happen but, as always with these kind of deals, you have to be patient and hope that all the work you have done throughout the talks pays off.

"It did appear like it was stalling somewhat and I suggested that this morning, but that was based on my knowledge of the deal at that time. "Evidently, it gained a fair amount of speed this afternoon and we have been able to conclude the deal, which we are all absolutely delighted about."