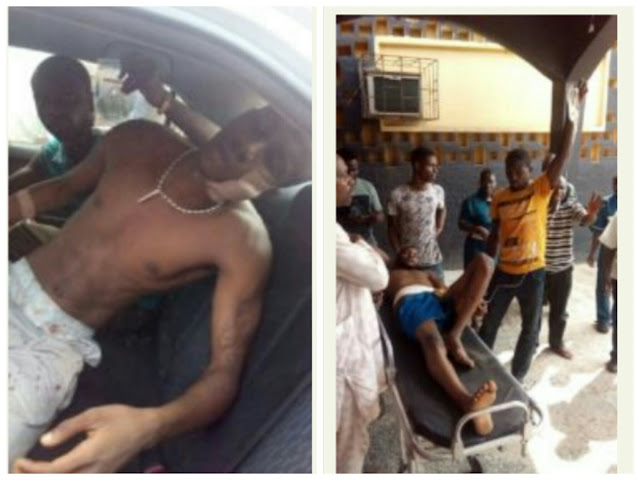 With references from Punch.ng, Confusions set in at Oke Baale area of Osogbo, the Osun State capital, as some policemen allegedly opened fire on some students of the Osun State University while playing football on Saturday morning.

It was gathered that that two 300level students were hit by the bullets... One of them identified as Abiola Kazeem, was said to have been hit on the stomach and was rejected at two hospitals before he was taken to LAUTECH Teaching Hospital Osogbo where he is now being treatment.

The other victim, Ibrahim, was said to have been hit by the bullet in the mouth. He is currently receiving treatment at Our Lady of Fatima Hospital at Jolayemi area of Osogbo.

Some students living in the area said that the policemen came to the football pitch and started shouting Yahoo boys and thereafter opened fire on the students.

The Coordinator of the National Association of Nigerian Students in the South West, Mr. Saheed Afolabi, confirmed the incident, He said he rushed down to Oke Baale area to find out what happened and he was one of those who took the students to the hospital. 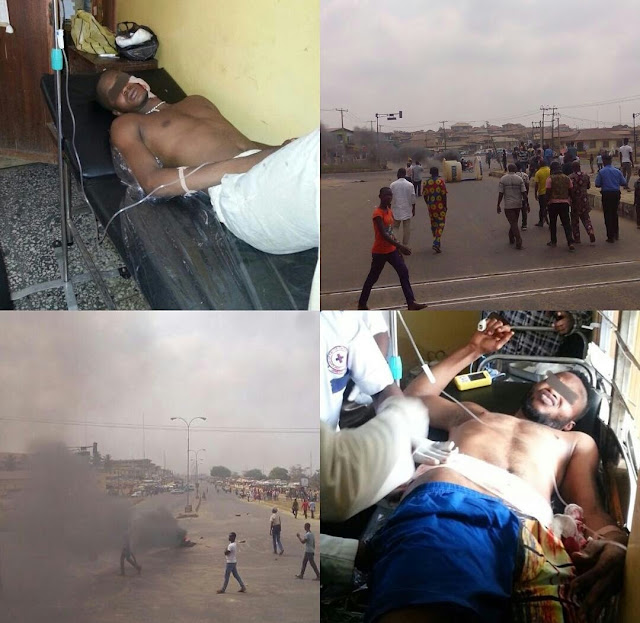 There is massive protest on major streets of Osogbo by students of the university and they are being joined by their colleagues to set up bonfires in some areas by those protesting the shooting.

Some protesters, who gathered in front of Oke Baale Police Station, attempted to raze down the station but policemen on duty resisted them.

The DSA said she gathered that the policemen, who were not on uniform, were brought to the playing ground in a vehicle with no number plate.

The DSA also stated that residents of the town are the ones protesting the shooting now because they consider the action as barbaric.

It will be recalled that UNIOSUN students had staged a protest at Oke Baale late last year on the grounds that policemen always come to exhort them with trump up charges.

The Police Public Relations Officer in the state, Mrs. Folashade Odoro, confirmed the incident... She said:


"The Commissioner of Police has directed that a full scale investigation should be conducted into the matter. Anybody who is responsible for the dastardly act will be brought to justice.”