Police arrest kidnappers who gang raped a woman and demanded N150k ransom from her husband. 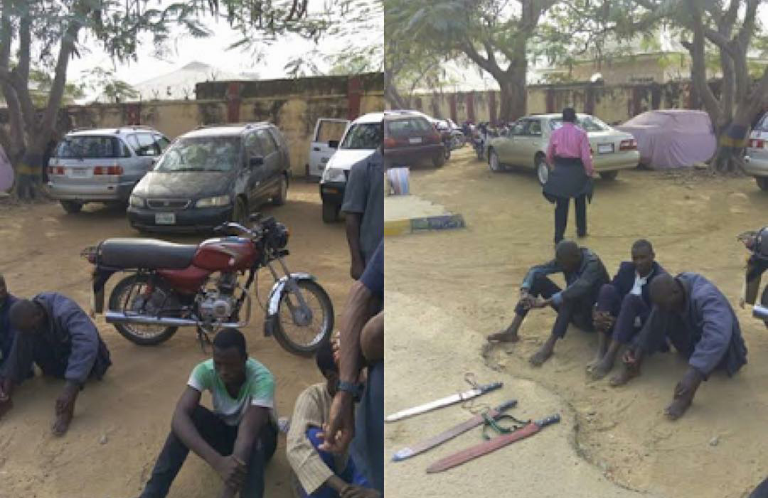 The State police command spokesperson, SP Haruna Mohammed, the suspects allegedly stormed the residence of one Abubakar Mohammed, raped his wife and threatened to kidnap his mother.


"Complainant gave them Sum of N35,000 and pleaded with them not to kidnap his mother but they seized his motorcycle receipt as collateral pending when he pay outstanding ransom of N150,000‎," said Mohammed.

The suspects arrested include; Bala Mohammed, Dauda Damina, Mohammed Ahmed and Dahiru Mato. They have allegedly confessed to the crime.