January 02, 2017
Onyebuchi Chika, a member of a notorious robbery gang that had been terrorising students of Olabisi Onabanjo University, OOU, Ago-Iwoye, Ogun State, who live off campus, has been arrested. 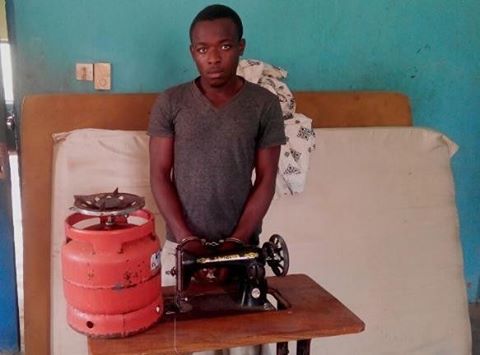 Recovered from him were a sewing machine, some cooking gas and mattresses. Chika allegedly broke into the students’ apartments around Awa Ijebu and its environs at the weekend, where he succeeded in carting away some property of those who had travelled for Christmas.

He reportedly came back to continue with his criminal act when luck ran on him after a male student, who was returning from an outing, raised alarm. Chika admitted to have burgled several apartments in the area, adding that most of the apartments were those of female students.