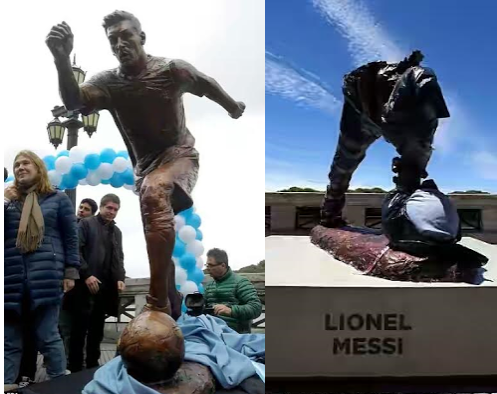 Years passed, and Messi has been the face of the Argentine national team, the heir to the immortal Maradona but some believe he has let them down.

Just hours before Ronaldo was confirmed as the world's best player, the occasion was foreshadowed by a curious incident in his eternal rival's homeland. Vandals in Buenos Aires set upon a statue of Lionel Messi and cut it in two removing the the head, arms and torso.

The sculpture which was erected in June last year after Messi retired from international football following his Copa America heartbreak and later came out of retirement, is believed to have been manipulated by Argentines who believe he is more committed to Barcelona than he is to the national team.

The Buenos Aires municipal government said in a statement:

"The statue of Lionel Messi... was victim of an act of vandalism that left the footballer's sculpture without its top half.'

The city government is already working on its repair.' Many Argentines are angry that what is arguably their best ever soccer side has failed to win any piece of silverware but the team can't be blamed for not trying. They have lost a World Cup final and two Copa America finals in the space of three years." 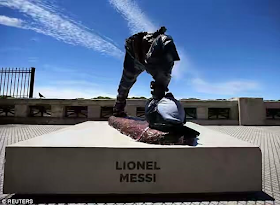 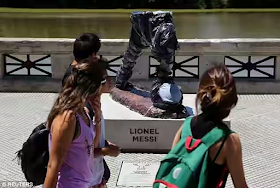 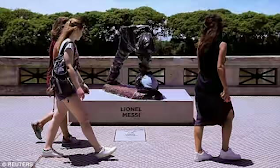