January 08, 2017
The unwanted holidays (strike), forcefully placed on the hands of students of The Ladoke Akintola University of Technology- whom are currently embattled, is gradually coming to an end... thank God. 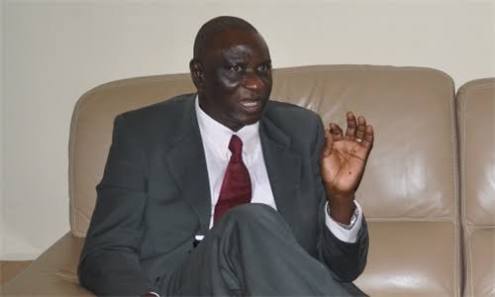 The management of LAUTECH has confirmed that the university will resume before the end of January, 2017.

However, no specific date has been announced. This was made known today in a statement issued on behalf of the Vice-Chancellor by the school's Registrar, J.A Agboola... he said:


"The University wishes to assure all concerned that the University will, by the grace of God, reopen before the end of January, 2017, as concerted efforts, at all levels, are being made to that effect."

Oyo state Governor, Ajimobi, had earlier made this same announcement after a meeting with LAUTECH stakeholders in Ibadan, last week, and now LAUTECH management has confirmed it. 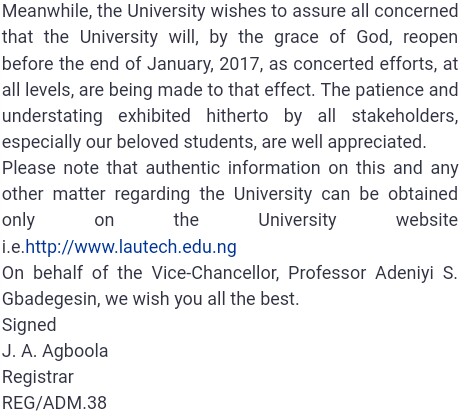 Agboola also addressed the issue of fake resumption dates being circulated on social media, advising students to disregard them.


"Please note that authentic information on this and any other matter regarding the University can be obtained only on the University website," he added.