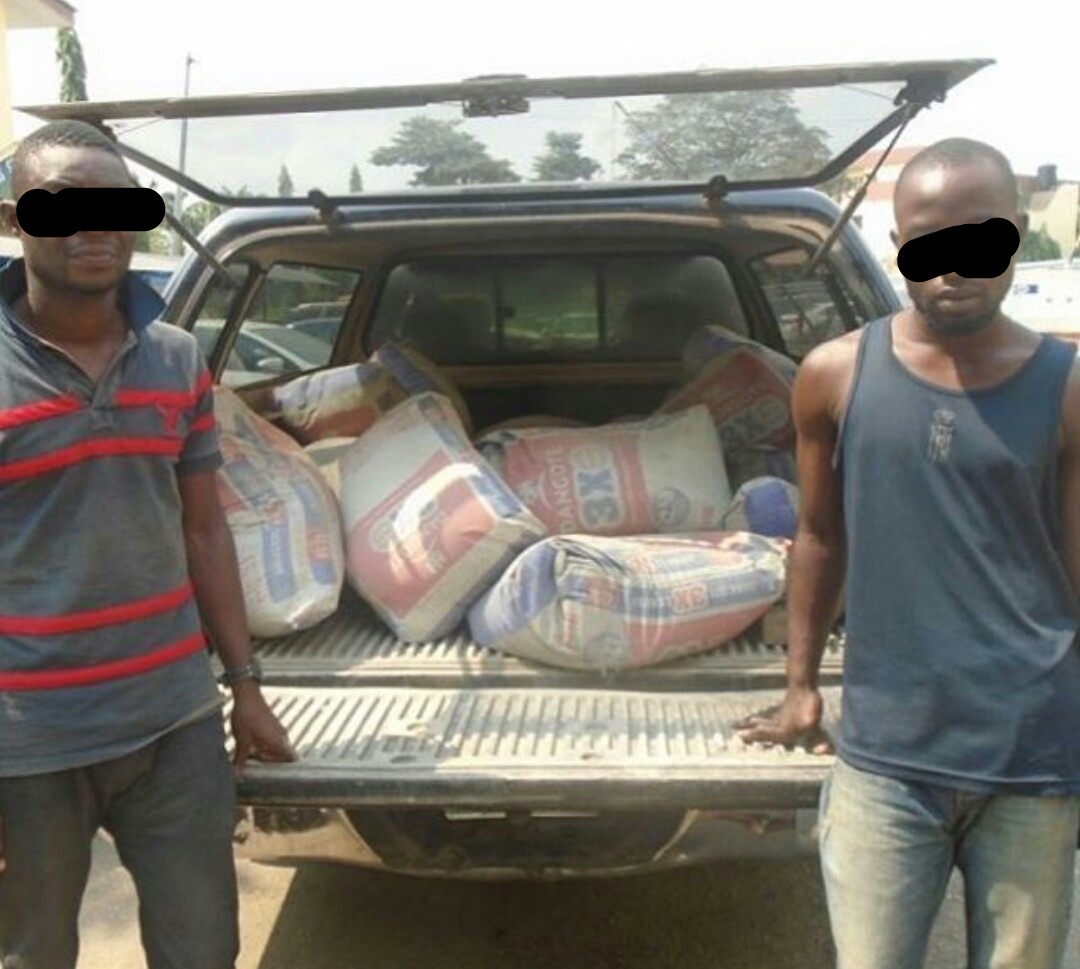 The Operatives of Rapid Response Squad, RRS, of the Lagos State Police Command have arrested a 35-year-old man, Abiola Hamzat, for allegedly stealing 20 bags of cement from a brick-making company in the Agbado.

The suspect, a graduate of Ladoke Akintola University of Technology, was arrested alongside his accomplice, Adebayo Kazeem, 32, after stealing the items from their work place.

Hamzat, a father of three, allegedly stole the bags of cement from the company a day after he was promoted to the post of a supervisor with a financial reward of N215,000 per month.

The suspect started work at the factory as a Contract Security from where he rose to become an operator. However, he was formally promoted three days ago to the post of a Supervisor, when the company’s management discovered that he was a university graduate.