January 04, 2017
The Lagos State Police have arrested a certain Mama Emeka, for allegedly burning her half-sister with a hot iron, reports The Nation.
Although the incident occurred on Christmas Day at 36, Fadeyi Street, Olowora, the suspect was reportedly arrested on Tuesday following the intervention of the Lagos State Domestic and Sexual Violence team in collaboration with the Ministry of Youth and Social Development.

It was gathered that the suspect, who usually assaulted the 16-year-old victim, accused her of being stubborn. Mama Emeka, it was gathered, usually “over labored” the teenager, whose mother reportedly abandoned after the death of her father.

According to sources, residents of the street revolted against the woman who also used razor blade to cut the victim’s thighs and shaved her hair. They alleged that the woman usually forced the victim to hawk and work into later hours of the night.

The residents mobilised to ensure the suspect was apprehended and handed over to policemen from Ketu Police Division, while the victim was taken into protective custody... See uncut pics below: 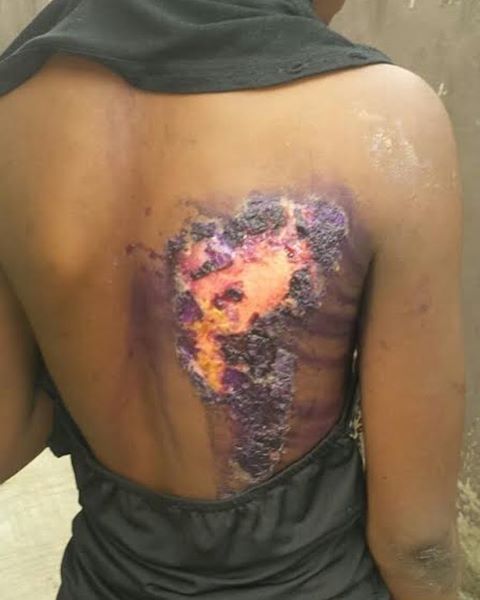