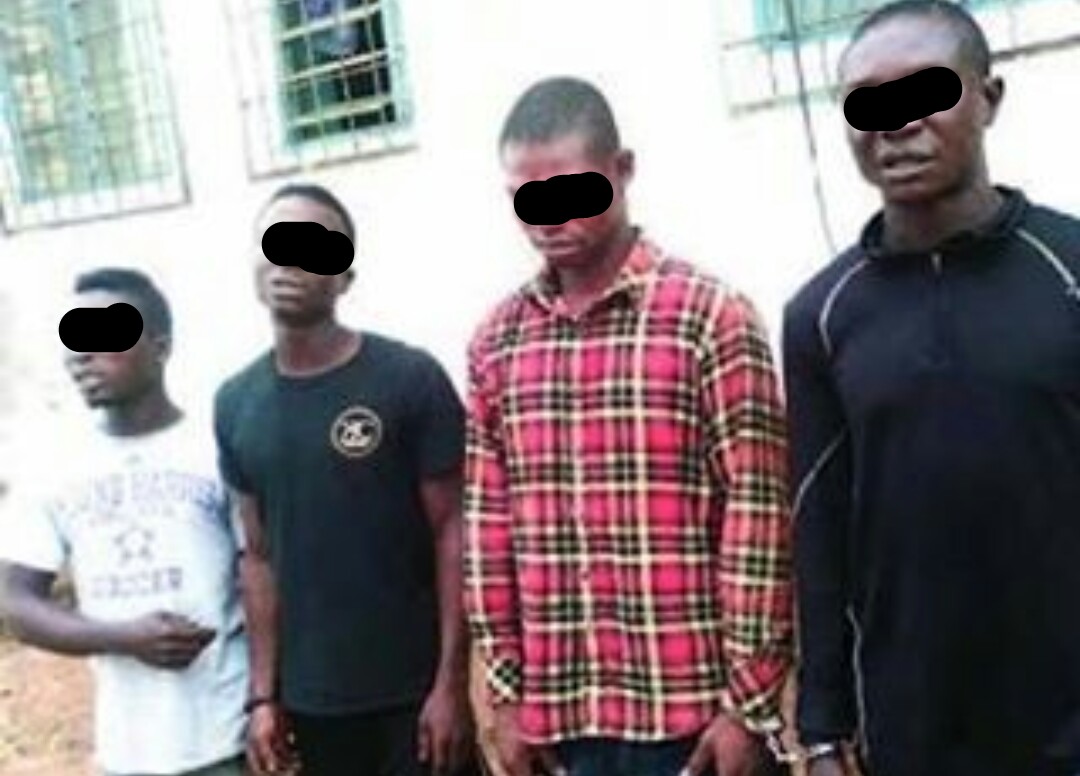 Ifeagwu Kalu, also known as Eskimo, 34; Nkeiru John Iwuoha, also known as Damage, 40; Chukwu Ogbonnaya, 26; and Onyebuchi Kalu, have been arrested for allegedly raping and terrorising women at Elughu Nkporo and its environs.

It was learnt that the suspects had taken their turn on some village women and some NYSC members, during their rape escapade. The Commissioner of Police in Abia State, Mr. Adeleye Oyebade, said the suspects have confessed to the crime and would soon be charged to court.