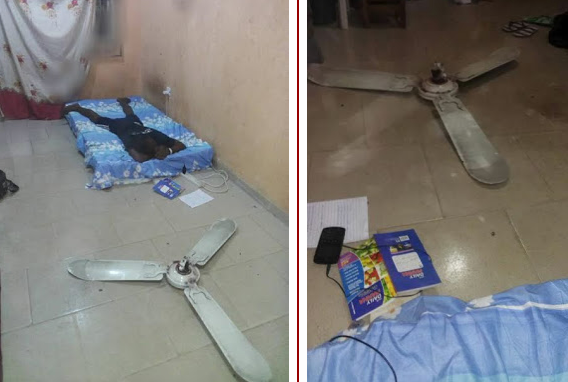 Obongodiong Ikpe, a final year student of the University of Uyo, Akwa Ibom State, narrated how he could have been killed after the ceiling fan in his hostel broke and came crashing down on Saturday morning, January 14th. 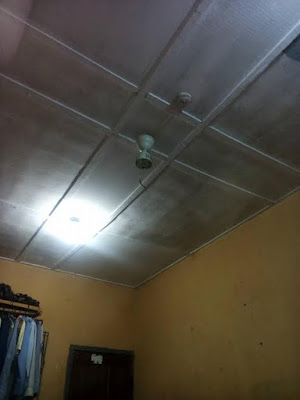 According to Ikpe, one of his room mates had gone for for church vigil while the other was hospitalized, so he changed his sleeping position that night before going to sleep. He was asleep when the ceiling fan came crashing on the exact spot where he usually sleep. Below is his post on Facebook: