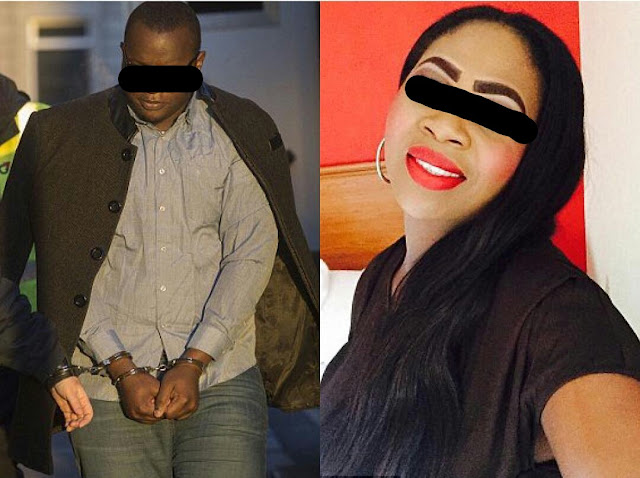 The son of a Nigerian government official was yesterday jailed for life after raping and murdering a £1,800-per-night high-class escort. Bala Chinda killed Jessica McGraa, also a Nigerian, only a few weeks after he arrived in Scotland to study at Robert Gordon University in Aberdeen.

The 37-year-old £200-an-hour sex worker's partially clothed body was found the following day in the bedroom of a flat she had rented in the city's Union Terrace. Extensive police investigations carefully pieced together the call girl's last movements following the grim discovery on February 12, 2016.

CCTV footage showed she had travelled to Chinda's student accommodation in the city's King Street with him in a taxi before they returned to her apartment a short time later, where she was found dead the following day.

Yesterday, a jury of eight women and seven men unanimously found Chinda guilty of murdering Miss McGraa, and also found him guilty of raping the mother of one and stealing her two mobile phones in an attempt to defeat the ends of justice.

Chinda was told he must serve a minimum of 18 years. The Nigerian, whose father works as the immigration attaché at the Nigerian embassy in Beijing, wept uncontrollably after he was found guilty by the jury.

The court heard that Miss McGraa died of asphyxiation and was probably smothered with a pillow and possibly strangled with her scarf. The taxi driver taking Chinda and Miss McGraa back to her apartment had heard the two discussing money.

Chinda changed his phone number after her death. Miss McGraa moved to the UK from Nigeria 11 years ago after meeting an English oil worker, Gareth McGraa, who had been working in a Nigerian complex. They married and had a son but later split.

Her double life as an escort was only exposed to her closest friends after her sudden death, with many believing she travelled round the country selling hair extensions. Instead, she travelled across the country renting city apartments for a few days where she would spend time with her clients.