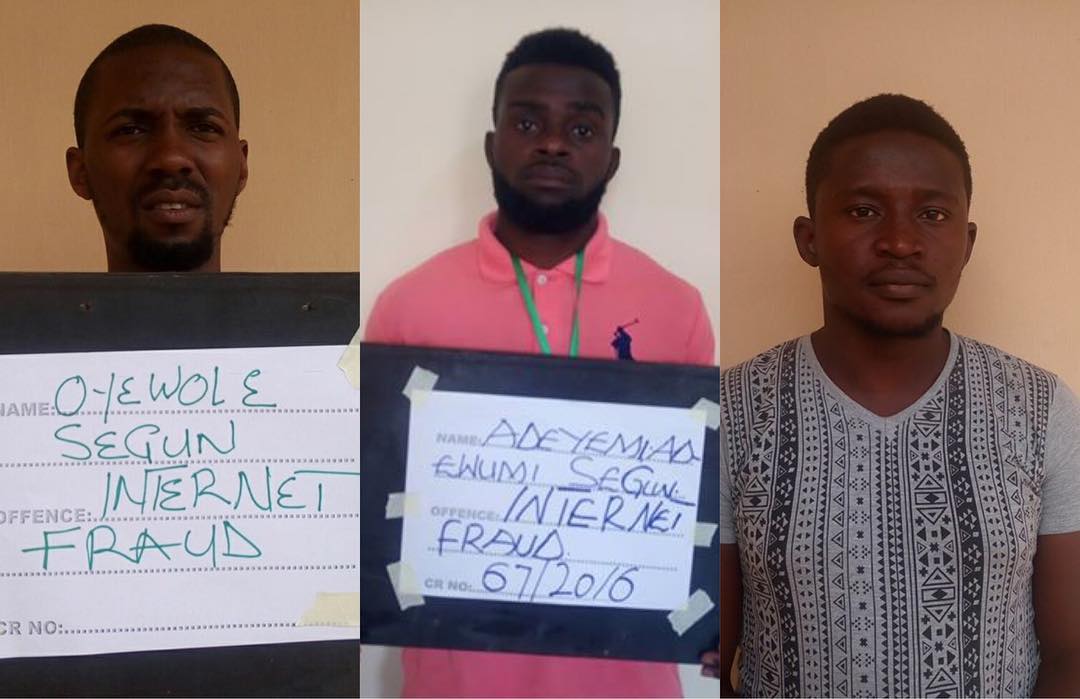 Rapheal, the gang leader, prowls on the internet particularly on Craigslist, where items ranging from cars and furniture are being displayed for sale, he said:


“I usually pose like a genuine buyer and engage any seller in a bid to purchase a car.

After the seller had agreed to the terms of purchase, I go online to edit any PayPal receipt online to reflect whatever agreement reached which includes cost of purchase and the accrued percentage for shipping.

Our cohorts abroad, collect the shipping cost which had been added to the cost of the car on the PayPal receipt and send it to either Adeyemi or Oyewole who receives it in Nigeria for us to share."

Raphael, 27, said he had to recruit his co-travelers, Adeyemi and Oyewole into the Syndicate in order to raise money to pursue his dream of becoming a music star, having dropped out of school.

He confessed to have made about N2.5m from the various scams from which he bought a car, Honda Accord (EOD). Adeyemi, 27, stated that he was also into romance scam and had fleeced some unsuspecting victims of their money, the latest being $250 that he got from an Australian.

On his part, Oyewole, 31, confessed that he collects their proceeds through his account domiciled in one of the new generation banks. According to him, his share in the latest ‘deal’ was N247,000 which was 10% of the sum realised.