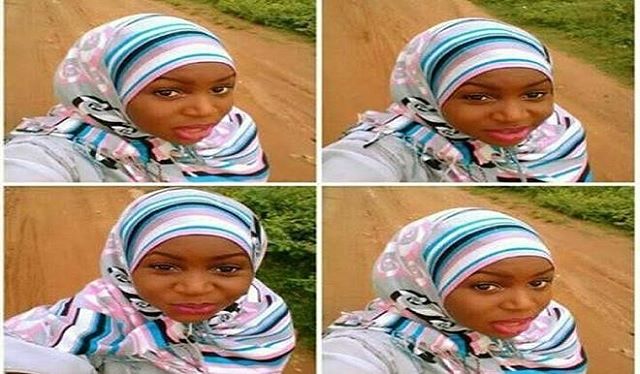 Elijah confessed that the herbalist gave him the assignment to bring a young lady and get N10,000 (ten thousand) as reward. Elijah said Rofiat boarded his vehicle from Ipetu-Ijesa to Osogbo while returning from the Ipetu-Ijesa campus of UNIOSUN.

It would be recalled that Rofiat who left Ipetu-Ijesa for Osogbo on December 22nd, 2016 got missing along the way and her corpse was found on the roadside along Ikirun/Iragbiji road few days later... Elijah said:


“The girl matched the specification that Ifa (herbalist) gave me. Ifa said I should bring a lady that has never bore a child. Ifa had given me a charm that I will use to hypnotise any lady that I want to bring. He said once I put the charm in my pocket, I only need to have body contact with the lady and she would be hypnotised.

The charm was already in my pocket when I saw the lady and I ensured that my body touched her. From there, she didn’t know anything again. After dropping other passengers at the various destinations, I took her to Ifa at his house in Ikirun and he gave me N10,000.

I pity the lady when I was leaving because I knew she would not come out alive. My conscience was telling me that what I did was bad. Few minutes later, her phone started ringing. I knew her people must be looking for her. I took the phone to Yusuff to help me sell it. I told Yusuff that a passenger forgot the phone in my vehicle.

The phone kept ringing and I later picked it. Yusuff told me that it was dangerous to receive the call because they could use it to trace us. I removed the SIM card and threw it away instantly to prevent her people from reaching us. We sold the phone for N20,000. We shared it N10,000 each."