Drunk man caught naked with a mannequin in the middle of flea market, Zimbabwe.

January 03, 2017
A man has been caught having sex with a shop mannequin in broad daylight. Onlookers were left stunned when the drunk man stripped off the doll and proceeded to have his way with it at a flea market in Bulawayo, Zimbabwe. 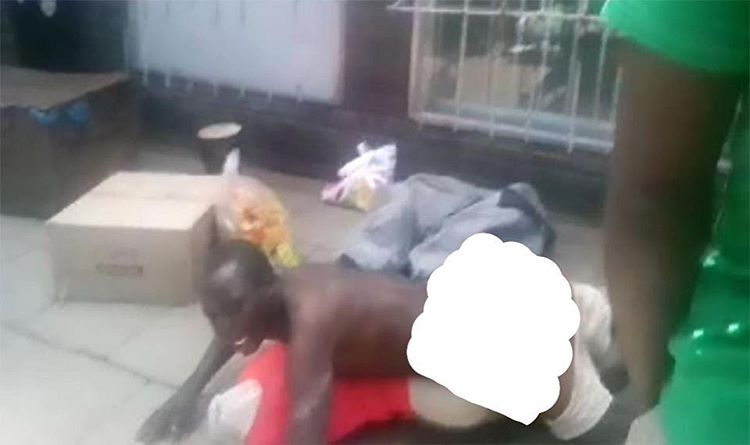 It is understood that the man had been drinking at a nearby hotel when he left to walk through the market. But it was when he saw the mannequin that things took a turn for the strange, with the man stripping the doll and himself before starting to make love to it.

The man’s bare bottom was left waving in the air as he made loud groaning noises – refusing to be embarrassed despite the shocked crowds gathering around. Many people stopped to laugh and take pictures of the amorous display.

Mbuso Moyo, one of the traders at the Egodini market, said the man was making loud groaning noises during the act... She said:


“What amused us is that he was making movements as if he was having sex with a real woman.

After reaching orgasm he stood up and threatened all the people who had gathered to watch him. The crowd dispersed when he started shouting but some women made comments about the size of his manhood.

Some were joking, saying he has a pipe and such a person is dangerous in bed for women.”

Another onlooker, named Ruth Chidzonga, said the size of his manhood became the talking point for quite a while.