Diezani’s hidden estate uncovered, EFCC chairman jets off to London for her case.

January 08, 2017
Acting Chairman of the EFCC , Mr. Ibrahim Magu has already left Nigeria for London in connection with the investigation of the ex-minister and some upscale properties traced to her at home and abroad, The Nation reports. 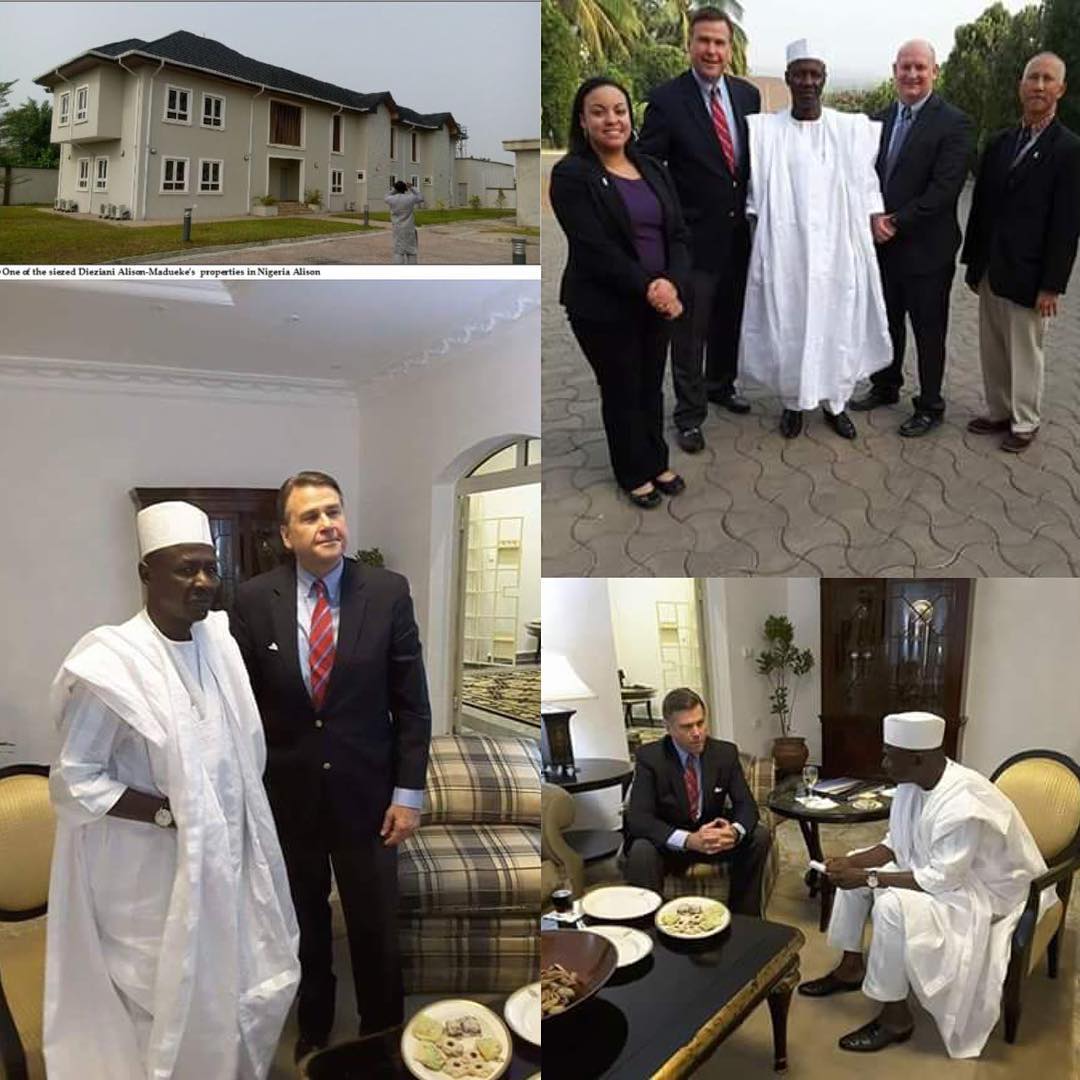 About five bank chiefs are likely to face trial over the $153m allegedly withdrawn by the ex-minister from the accounts of the NNPC in December 2014. EFCC team, acting on intelligence, uncovered the sprawling estate which is coded as BGIS/OK/02/16/310.

It is located on Diepreye Alamieyeseigha Street, off Goodluck Jonathan Road in Yenagoa, Bayelsa State. On the EFCC boss, Magu’s trip to London, a source said:


“We are getting closer to the biggest fraud trial in the UK.

The Acting EFCC chairman has left Abuja for London to compare notes with his colleagues. The EFCC is collaborating with prosecutors in the U.K by providing incontrovertible evidence against the ex-minister.

Some of the UK investigators visited Nigeria in 2016. A few of our crack detectives have been in and out of the UK too. Magu’s trip is part of the crystallization and consolidation of evidence against Diezani.

Some bank chiefs, maybe about five, may face trial but we are not making this a priority now. We want to retrieve every dollar stolen from NNPC accounts.

Some of these bank chiefs are pleading that we should allow them to refund the funds credited to them without prosecution. But the weight of evidence will determine our position at the end of the day.

The truth is that many bank chiefs were engaged by the ex-minister to perpetrate fraud. So far, all the banks implicated are cooperating with the EFCC. We hope that in two weeks’ time, the $153million would have been forfeited to the FG."