Burglar who got trapped after operation, escapes jungle justice due to quick police arrest. 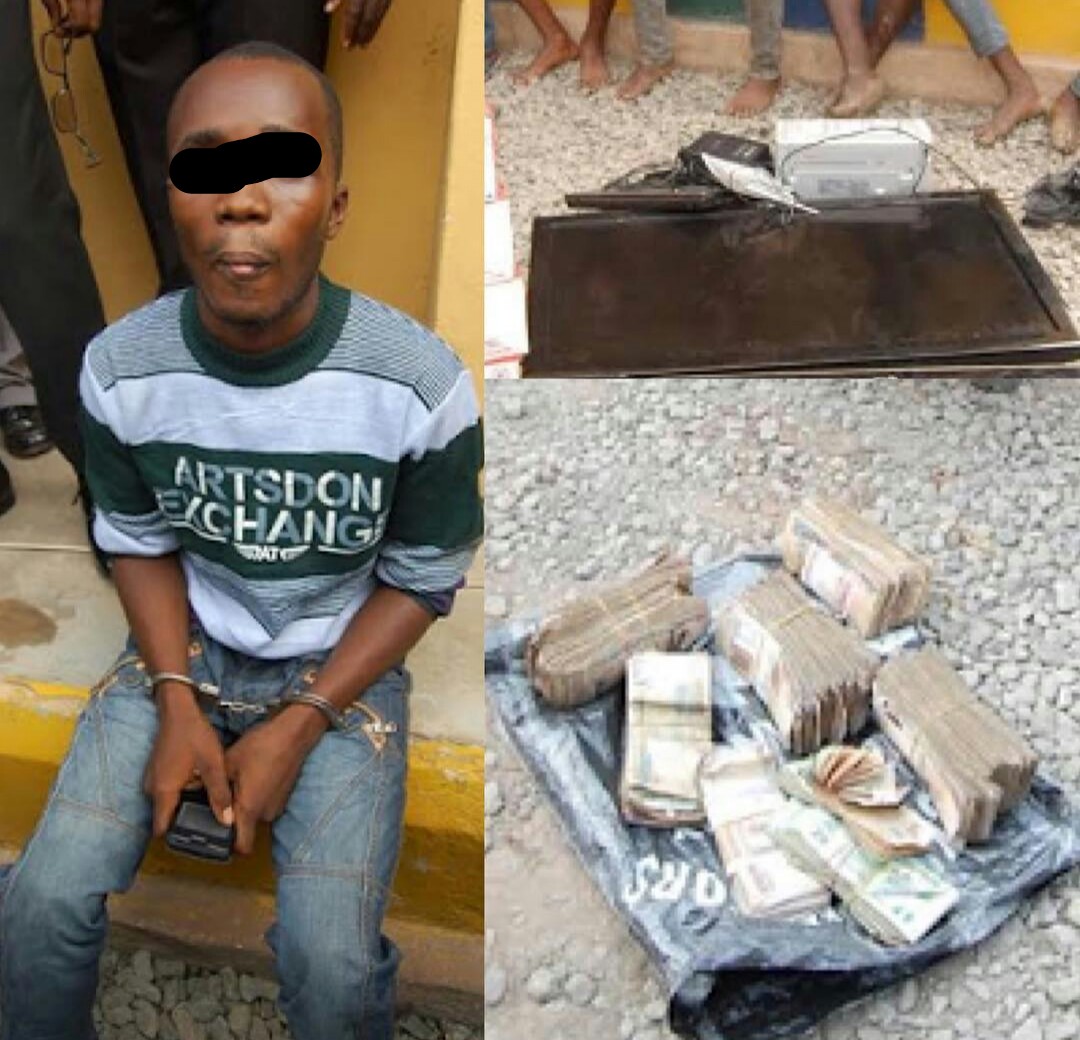 Joseph Eke, 26, has confessed that he could have lost his life if the operatives of the Aba Central Police Station had not arrested him when he was trapped in the pool office he broke into to steal N1,635,675 and one plasma television.

Eke, who claimed to be a graduate of Mass Communication from Enugu State University, said he was attracted by the huge sum of money he saw the cashier attached to the pool office count when he went to play pool... He said:

I was trapped after the operation because I suspected that people were aware that somebody was robbing the office. I thank God that the police were contacted and they came and rescued me. If not, I wouldn’t have known what would have happened to me if I was caught by the mob."