After 17 miscarriages, woman who was never to give birth again, welcomes 4 babies in 9 months 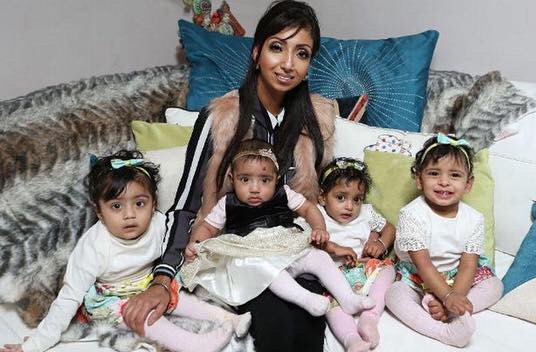 Lytina Kaur was told she may never be able to give birth after being diagnosed with acute myeloid leukaemia, an aggressive cancer of the white blood cells, at the age of 17 and receiving a bone marrow transplant a year later.

However 13 years and several miscarriages later, Lytina, 32, from Wollaton in Nottingham, found out she had fallen pregnant. She gave birth to her first daughter Kiran in September 2015.

Her twins, Kajal and Kavita, were born via surrogate in India two months later. And in June 2016, Lytina gave birth to Kiyara at the Queen's Medical Centre, Nottingham. 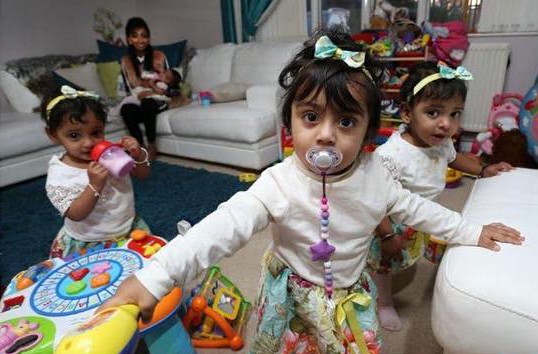 Between 2013 and 2015, a hospital in India made six attempts to implant an embryo into a surrogate – but each ended in miscarriage and the couple gave up. But then, in February 2015, Lytina found out she had fallen pregnant naturally as she was planning to undergo IVF.

A delighted Lytina gave birth to her first daughter, Kiran, via a planned C-section at the Queen's Medical Centre in September 2015. In November, twin babies Kajal and Kavita were born in India after the hospital, as a goodwill gesture, had transferred the last four embryos to a surrogate mother. 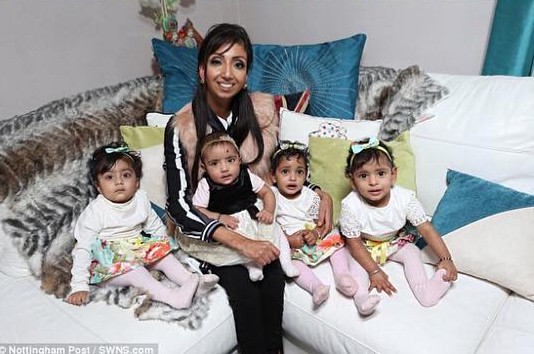 Her fourth daughter Kiyara was born premature at 28 weeks in June last year. The baby girl spent nine weeks on the neonatal ward at the Queen's Medical Centre before she was able to return home.