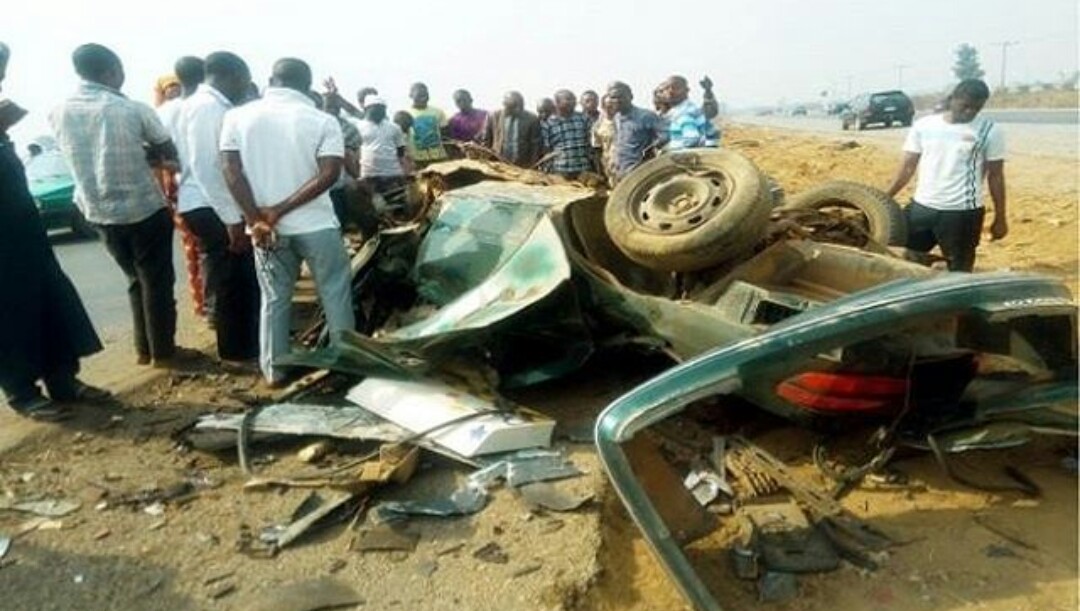 Two students of University of Abuja and their two other friends, have died in an accident which occurred on Tuesday night at Gwako village, on the Abuja-Lokoja road.


The two dead uniabuja students are confirmed to be Muhammed Kabir of English department and Agbeje Tosin of chemistry education... The citadel commiserates with their individual departments for the loss.


"We Commiserate with English Department and Chemistry Education on the death of Muhammed Kabir and Agbeje Tosin who lost their lives in a ghastly Motor Accident along  Gwagwalada road".

A witness said the accident, which happened about a kilometre to Gwagwalada occurred at about 10:12p.m. after a Peugeot 406 car coming from Zuba axis veered from its lane and collided with an oncoming trailer.

He said the Peugeot car driver ran into a deep pothole, lost control of his car and crashed head-on into the unmarked trailer, killing all its four occupants on the spot.

Reacting, the FCT sector commander of the FRSC, Sunday E.Oghenekaro, blamed the accident on excessive speeding by the Peugeot driver.