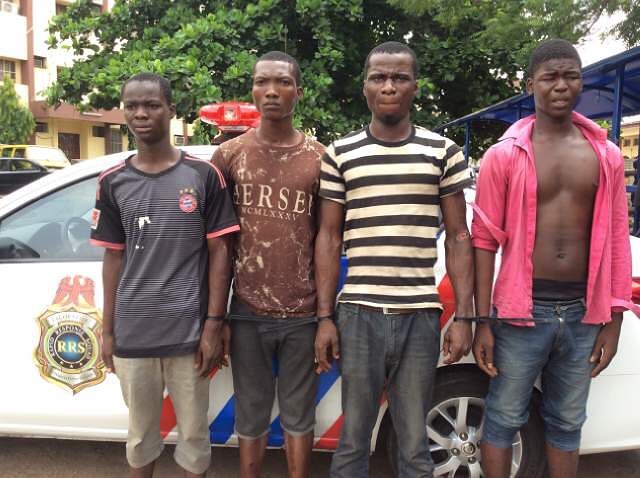 Sunday John, a 27 year old leader of a 4 man robbery gang and serial rapist, arrested at Charity Bus Stop by operatives of the Rapid Response Squad of the Lagos State Police Command, has confessed to have led 3 other members of his gang to rape nine women in the last two weeks.

The suspect, a bus conductor in Oshodi from Akwa Ibom was arrested in company of his two gang members. The names of his gang members are;


The operatives had on Tuesday evening arrested Olayemi, while fighting with another group of boys over a Samsung tablet in Oshodi. Olayemi had disclosed that he stole the tablet from a lady that was gang raped during one of their escapades in Charity Bus stop.

The revelation prompted the arrests of three other members of the gang. Olayemi revealed that in the last two weeks, the gang robbed 12 passersby and raped no fewer than nine ladies in the bush at Charity Bus Stop.