19 Nigerians arrested in Dubai for robbing ATMs of N155m. 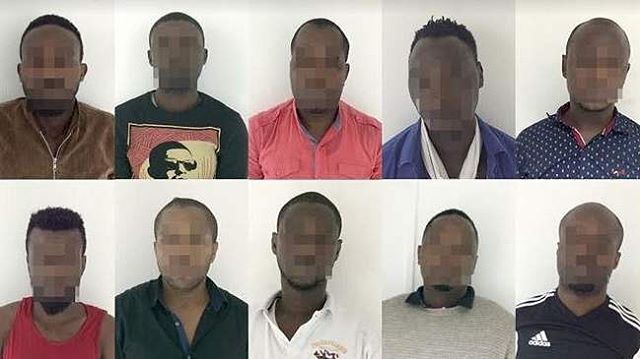 Four gangs of 19 Nigerian robbers targeted ATM vehicles and fled with Dh1.8 million, the Sharjah Police have revealed. They had reportedly gone to the country on visit visas, specifically to commit the robberies. They assaulted security guards accompanying the vehicles to carry out the robberies.

According to the police, the suspects transferred a part of the robbed money to Nigeria. The police have recovered the rest. The suspects were arrested from several apartments occupied by 30 to 40 Nigerians. They were identified and arrested based on CCTV footages obtained from the banks and money exchange offices.