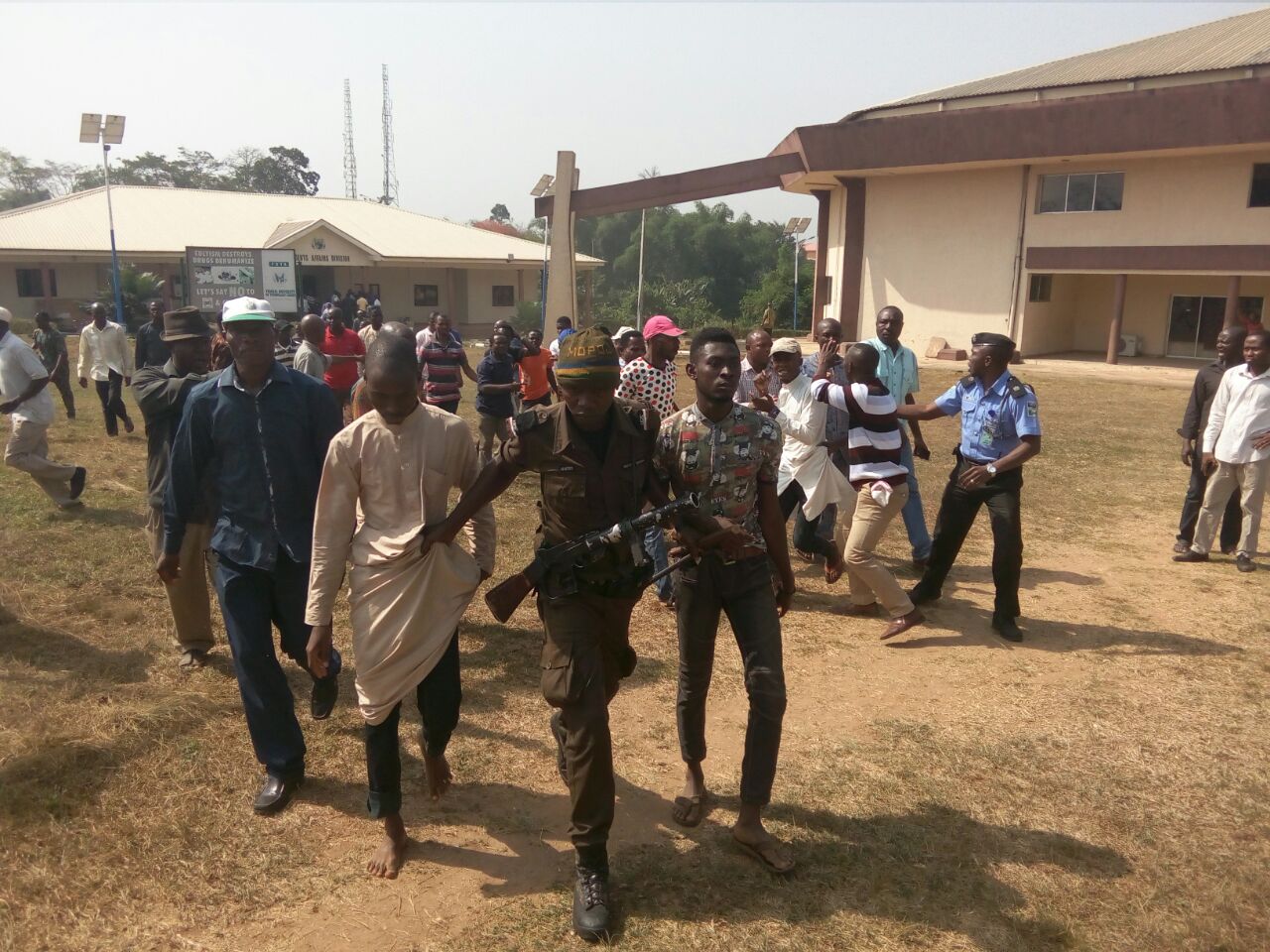 I was just informed that some armed policemen stormed the Students' affairs division of the Federal University of Technology, Akure this morning to arrest the Dean of student, Prof. Alese, the SUG president, Comrade. Solar and other union leaders.
In the video above you would see the SUG president in a milky brown jalab, as he was followed into the van with rounds of slaps... very unfair. 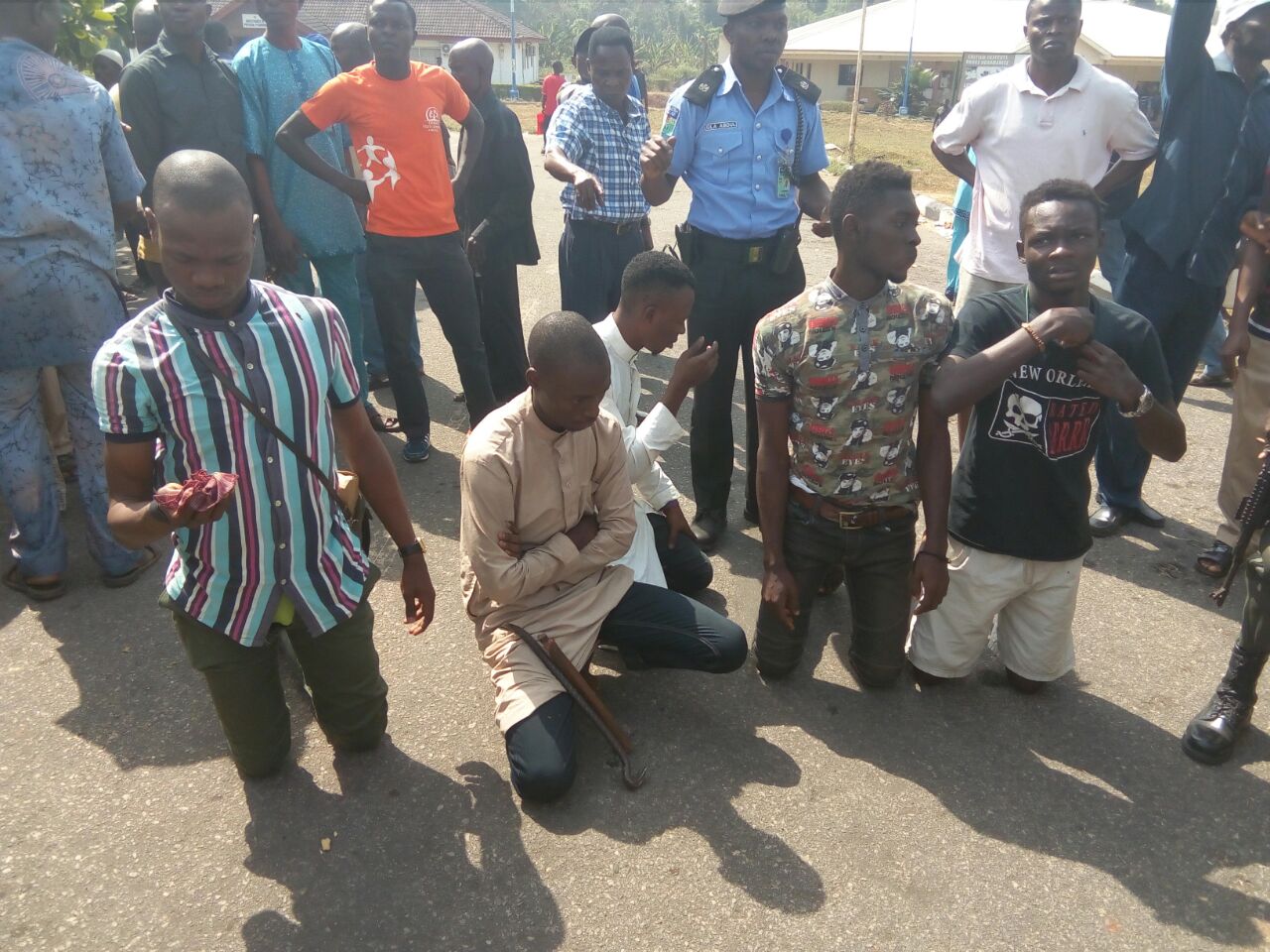 Reasons for this are still yet affirmed but we think it's due to the action of the Dean and SUG president's recent move (creating a new portal for students registration) in ensuring that futarians resume January 3rd, which is very much against what JAC want... which is the removal of the VC or futa activities die.

From what I saw, the futasug and other Union leaders arrest was framed up... an eye witness said:


"The student affairs office was locked after the new site was created, to cripple the resumption process, on hearing this the Dean of students affairs (prof Alese), ordered the futasug and other Union leaders to go and break open the office, so as to allow the continuation of students resumption process, but the JAC union alerted the police telling them the FUTASUG came to burgle the office, this led to the disgrace of the futasug and the others.

When the Dean of students affairs (prof Alese) heard this, he went to the scene and acted out of anger, asking the futasug and others being punished to get up ignoring the presence of the police, this led to the police slapping and arresting him, as at the time of this report matters are being resolved.
But only the LORD will intervene in our situation."

So it Is clear that JAC ordered the arrest, conclusion drawn from the reports and video footage above.

More details later... In the meantime more pics below: 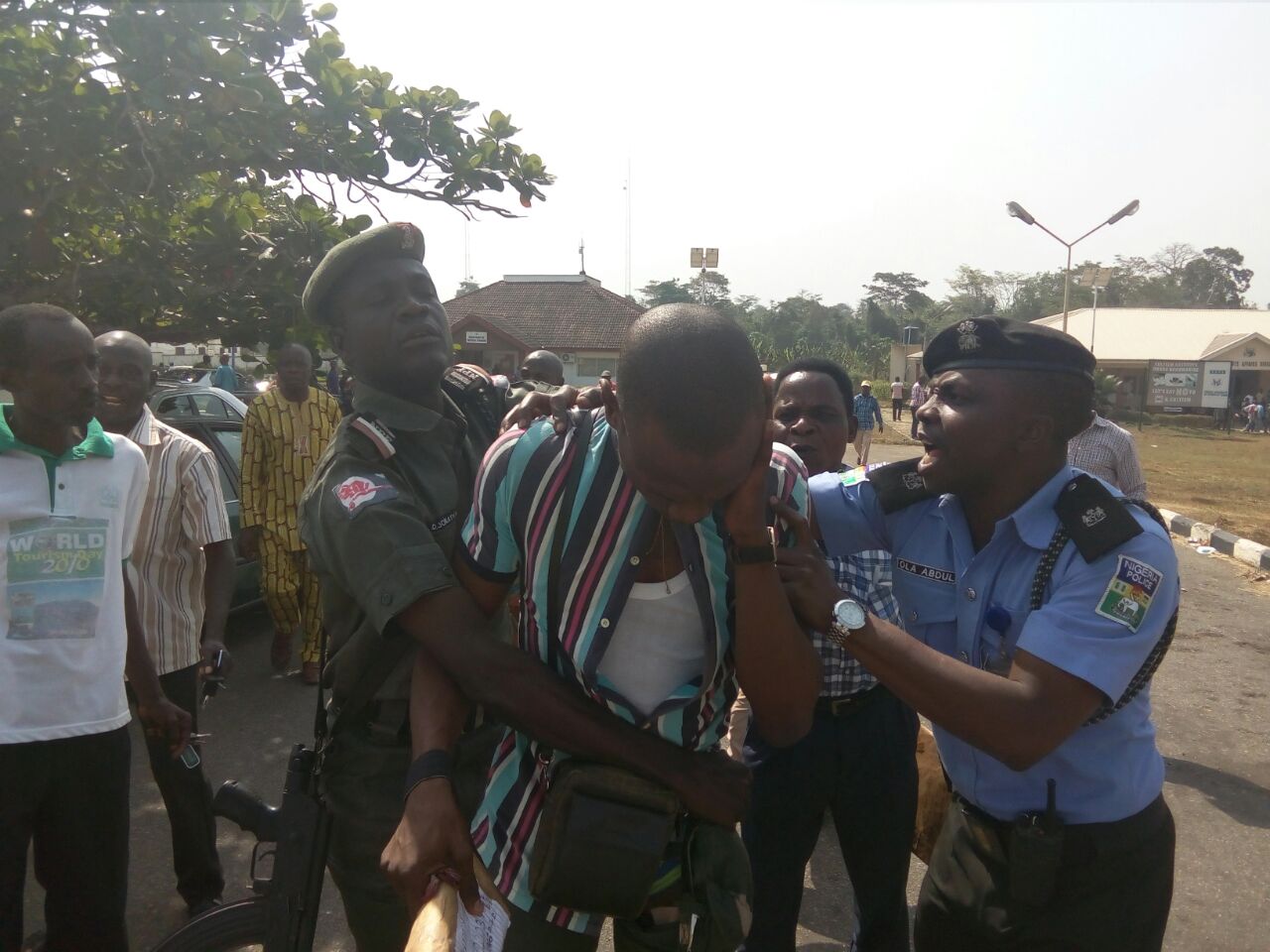 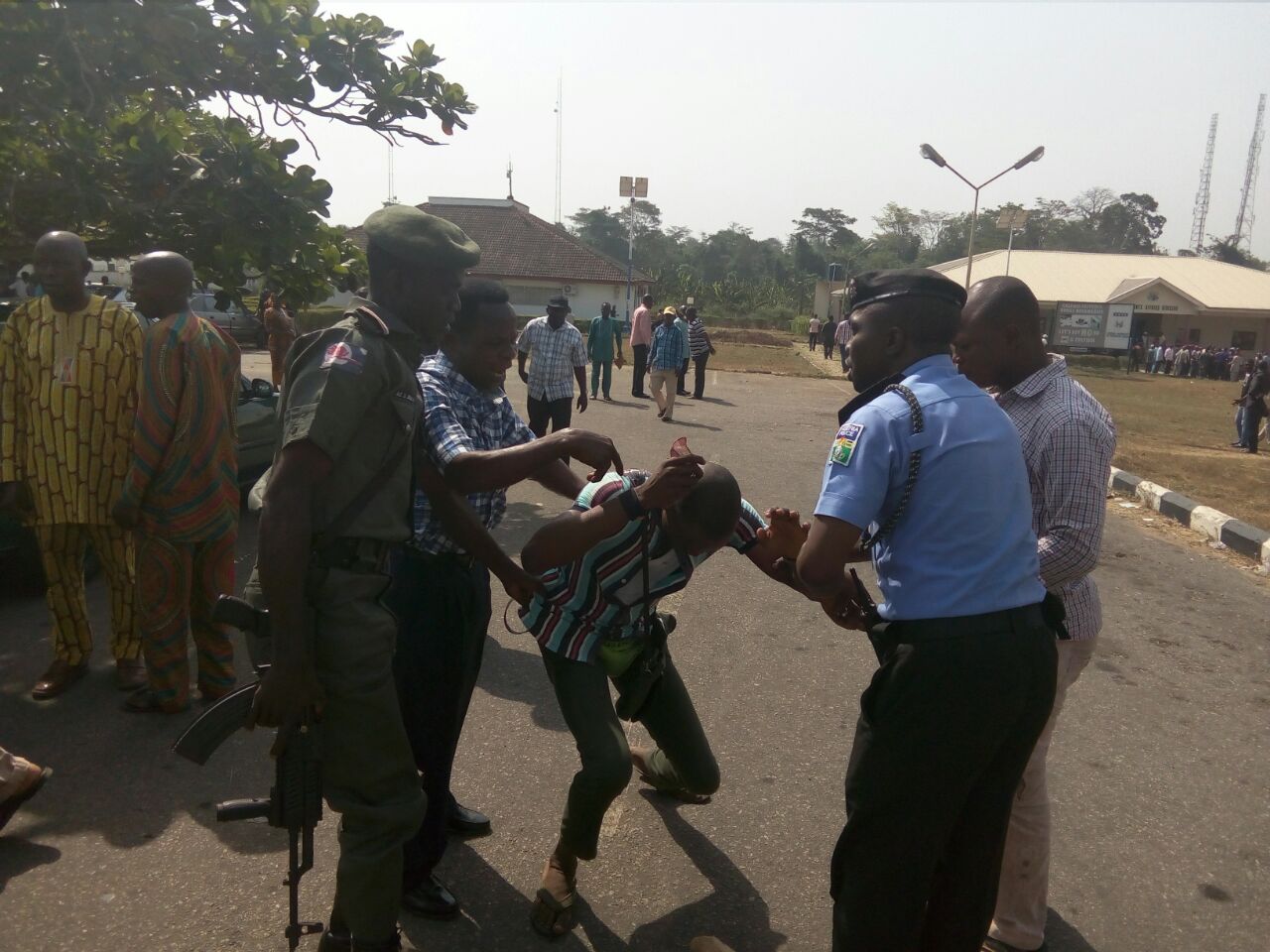