Two men excrete 50 wraps of cocaine at the Lagos airport. 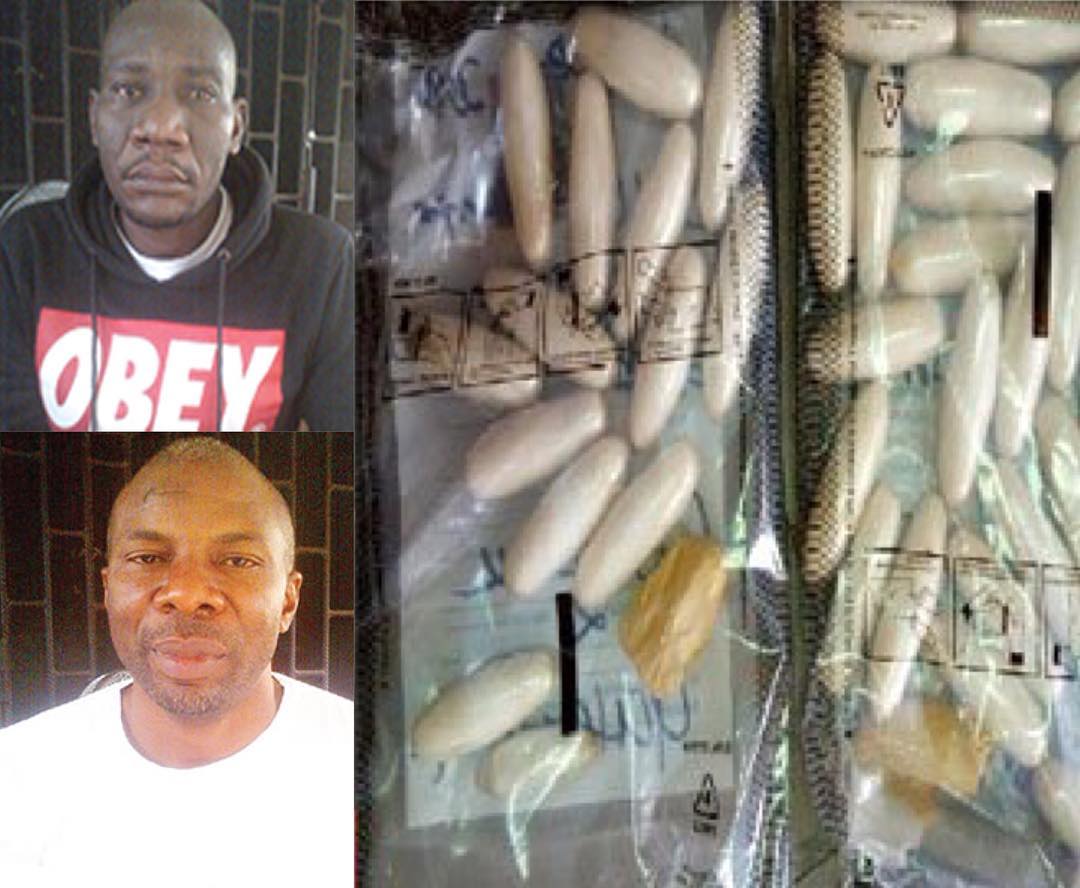 Operatives of the National Drug Law Enforcement Agency (NDLEA) have arrested an importer of electronics on his way to Hong Kong, for ingesting cocaine. Another suspect who lives in Athens, Greece, was also apprehended with cocaine.

Achebe Chuks David, 37, an importer of electronics at Alaba market, excreted 45 wraps of cocaine, while Ndukwe Daniel, 43, who lives in Athens excreted 5 wraps. David said that he was promised N5m by his cocaine partners.

David hails from Anambra State and is married with a daughter. Daniel said that he was asked to smuggle 5 wraps of cocaine for the sum of N250k. He hails from Abia state.