December 15, 2016
Super Eagles captain and Chelsea midfielder John Mikel Obi may be the next footballer set to make a big money move to the Chinese Super League, following Chelsea's decision to accept a £52m bid from a Chinese club for Oscar... 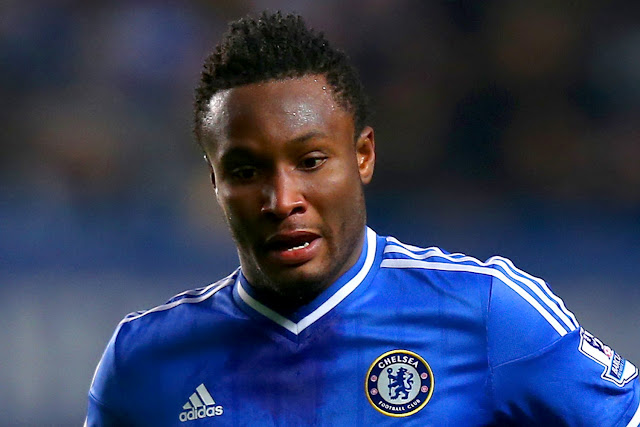 Mikel, who earns £70,000 per week at Chelsea,  hasn't been named in a match-day squad this season by coach Antonio Conte and his contract expires on June 30, 2017, so Chelsea are willing to sell Mikel to the highest bidder this January with two Chinese clubs,a Turkish club, UAE clubs and even Manchester United credited with an interest in the Nigerian's services.

According to reports emanating from London, Mikel is willing to make a move to a country that best suits his family's needs and the 29 year old will decide his next line of action in January.