December 11, 2016
Explosions near a stadium after a football game in Istanbul, Turkey, killed at least 13 people and injured others, reports says. 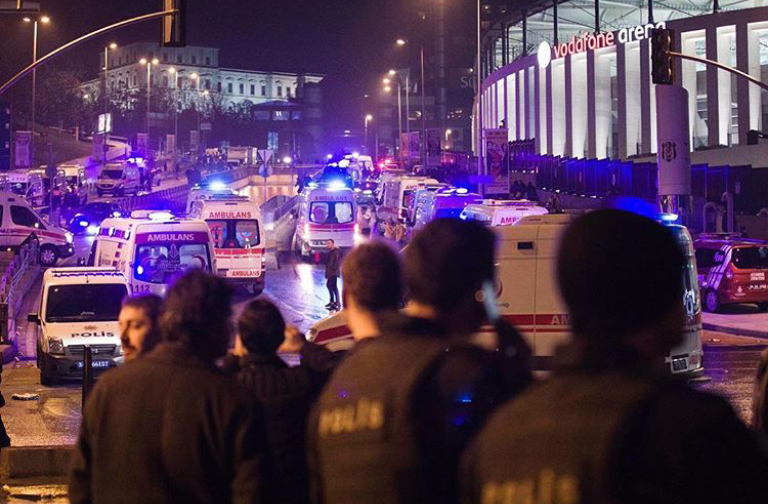 Witnesses heard gunfire after the attack, and ambulances and police vehicles rushed to the scene. Turkey has seen a recent spate of militant attacks in major cities that have left dozens of people dead.

No group has said it was behind the attack but a wave of bombings in Turkey this year has been carried out by Kurdish militants and so-called Islamic State, the BBC's Turkey correspondent, Mark Lowen, reports.

The fact that police appear to have been hit will focus suspicion on Kurdish guerrilla groups, who have mainly targeted the security forces, he adds. Transport Minister Ahmet Arslan wrote on Twitter that it was a terror attack.