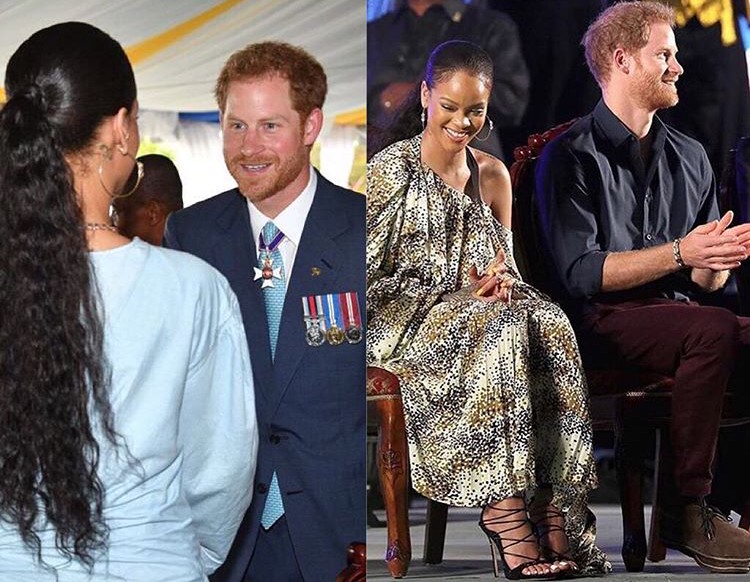 The royal, who is currently enjoying a two-week tour of the Caribbean, looked delighted to be introduced to the songstress at an event marking 50 years of the country's independence.

A smartly-dressed Harry was attending Prime Minister Freundel Stuart's Toast to the Nation at St Ann's Fort where the pair were pictured shaking hands.

Harry subsequently took to the stage to deliver a message from The Queen congratulating Barbados on their anniversary, which read:


'Prince Philip and I send our warmest wishes to the Government and the people of Barbados.
'Our countries have a shared history, shared values and an affection which continues to bind us.'

Later in the day, the two were pictured at a Golden Anniversary concert in the capital city.