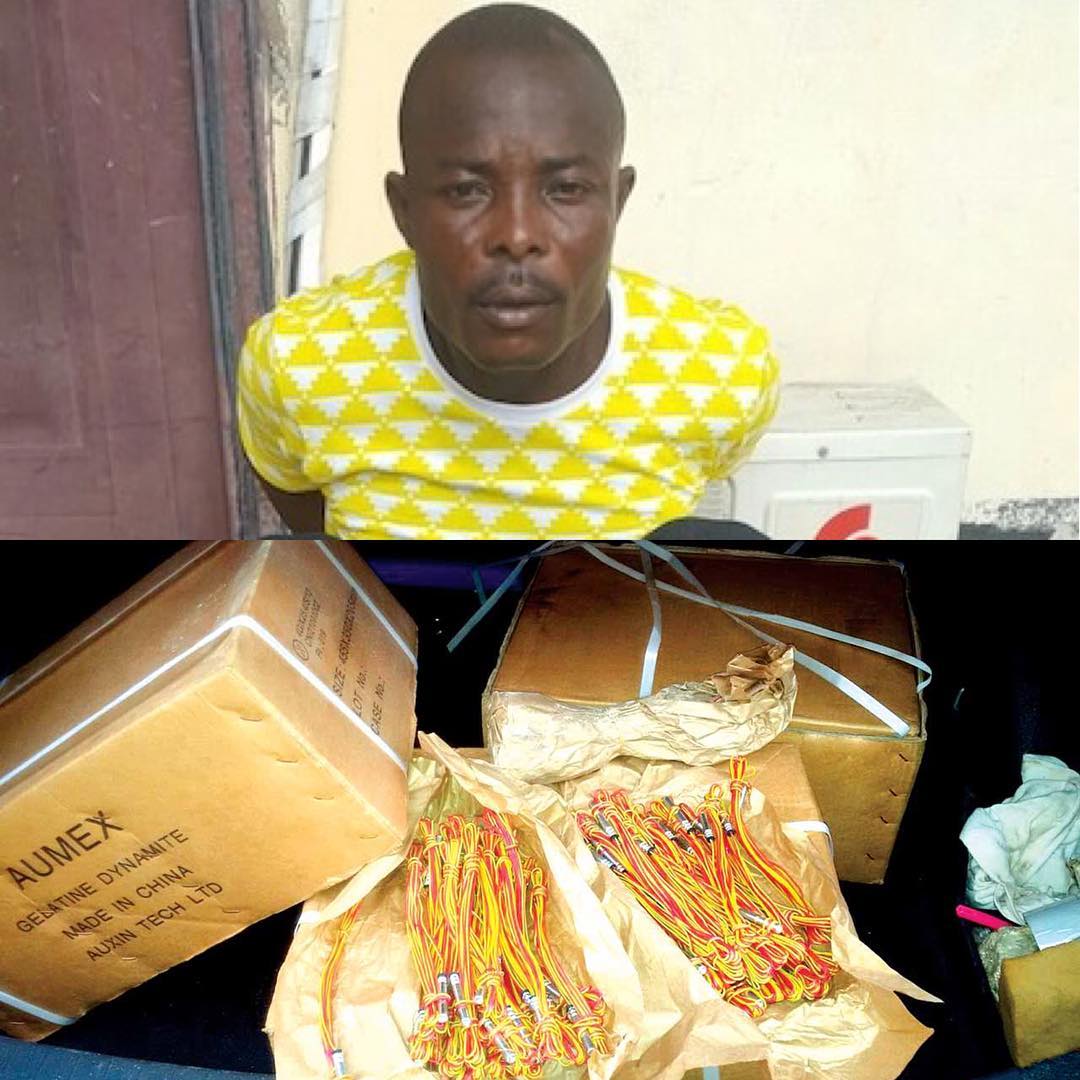 The Nigerian police said they have arrested a man plotting, with some other people at large, to bomb the pivotal Third Mainland Bridge in Lagos. The suspected bomber was identified as Abiodun Amos alias SENTI.

In a statement, the police described him as the leader of the Militant Gang planning to bomb the 3rd Mainland Bridge in Lagos. He was arrested on 2nd of November, 2016 in a hideout at the bank of Majidun River in Ikorodu area of Lagos State and two AK 47 rifles recovered from his possession.


”The principal suspect is an Ijaw man and a Native of Ese Odo LGA of Ondo State. He is an Explosives Expert who specializes in assembling and modifying large scale Improvised Explosives Devices (IED) for terrorist act.

The suspect also volunteered confessional statement to the Police and named other members of the militant group that are still at large.

One of the suspects at large mentioned to the Police by the principal suspect as the person in possession of their explosive devices and the detonators, was trailed by the Police (IRT) Operatives on the 26th December, 2016 while conveying in a Toyota Camry Car, 2 Cartons of Galantine Dynamite Explosives and 125 Detonators in the boot of the Car in a location in Ikorodu, on his way to link up with the other members of the militant gang to blow up the 3rd mainland bridge.

The Suspect, on sighting the police, jumped out of the Car and escaped into the nearby bush. The explosive devices and the detonators were recovered by the Police IRT operatives and the Explosive Ordinance Department, and the attack that would have been a major devastating and colossus damage to Lagos state and Nigeria was averted.”

The police in s statement by deputy commissioner of police, Don Awunah, said further investigation is being intensified to arrest all the other members of the militant gang still at large.