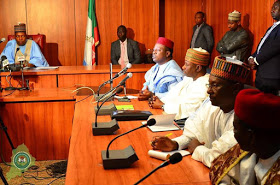 Borno State Governor, Kashim Shettima has said that the Nigeria-Niger border roads will be re-opened by the military to reactivate and facilitate farming, trade, and evacuation of Internally Displaced Persons (IDPs) from Diffa province to liberated communities. 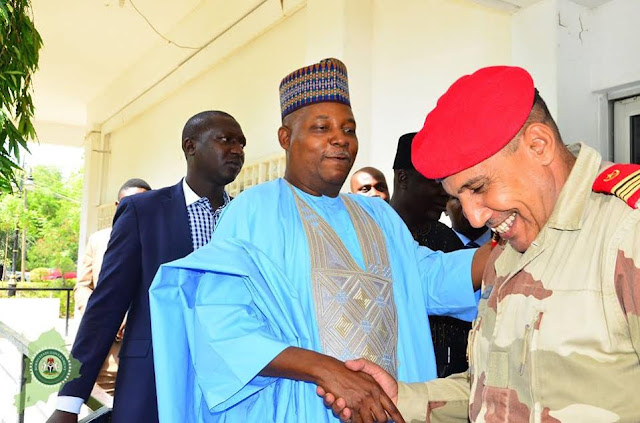 Over 85,000 IDPs from Borno state are taking refuge at Diffa resettlement camps, established by the Nigerien government in 2014. Shettima disclosed this on Thursday, while receiving the Nigerien Governor of Diffa Province, Alhaji Mohammoudu Lawaly Dan Dano at the Government House, Maiduguri. 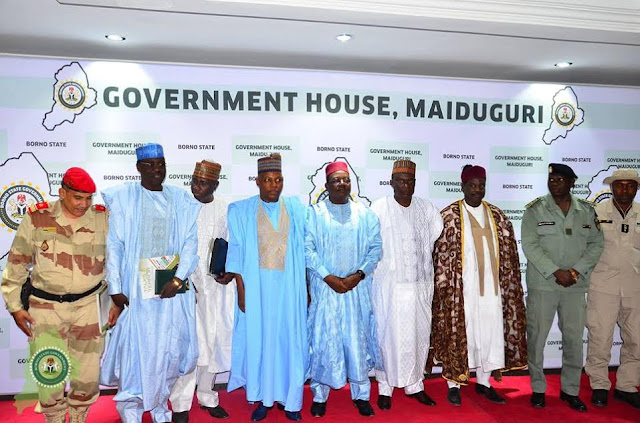 "We have a lot of commonalities of history, culture, folks, religion and ethnicity with the people of Niger. It was the Colonial Masters of Britain and France that divided us with these artificial boundaries and divisions," said Shettima.

He said the IDPs taking refuge in Diffa Province of Niger, are adequately catered for by the Nigerien government, without being discriminated or abandoned, as Niger and north part of Nigeria share the same historical and cultural backgrounds. He said that the re-opening of the border roads with Niger will also facilitate the repatriation of 85,000 IDPs from Niger Republic to Borno state.

"I will meet the Theatre Commander of Operation Lafiya Dole, Maj-Gen. Lucky Irabor next week, and discuss with him the possibility of reopening this closed border roads that lead to Niger Republic. The re-opening of this road will also facilitate the repatriation of displaced persons taking refuge in your province of Diffa.”

Shettima assured Dan Dano that the re-opening of the road could activate and facilitate trade, farming, and tourism, which had been affected by the Boko Haram insurgency for over five years.

Responding, Dan Dano assured the Governor that all the displaced persons in camps, are being taken care of, including the provision of health care delivery services. He said that all the female IDPs that gave birth to babies in camps had been issued with birth and registration certificates.