Man arrested while trying to kidnap a 2-year-old boy.

December 28, 2016
The 33-year-old man, Suleiman Seidu pictured below has been arrested by the operatives of the Rapid Response Squad (RRS) of the Lagos state police command for attempting to kidnap a 2-year-old Chimdi Udwu in Owode, Ogun State. 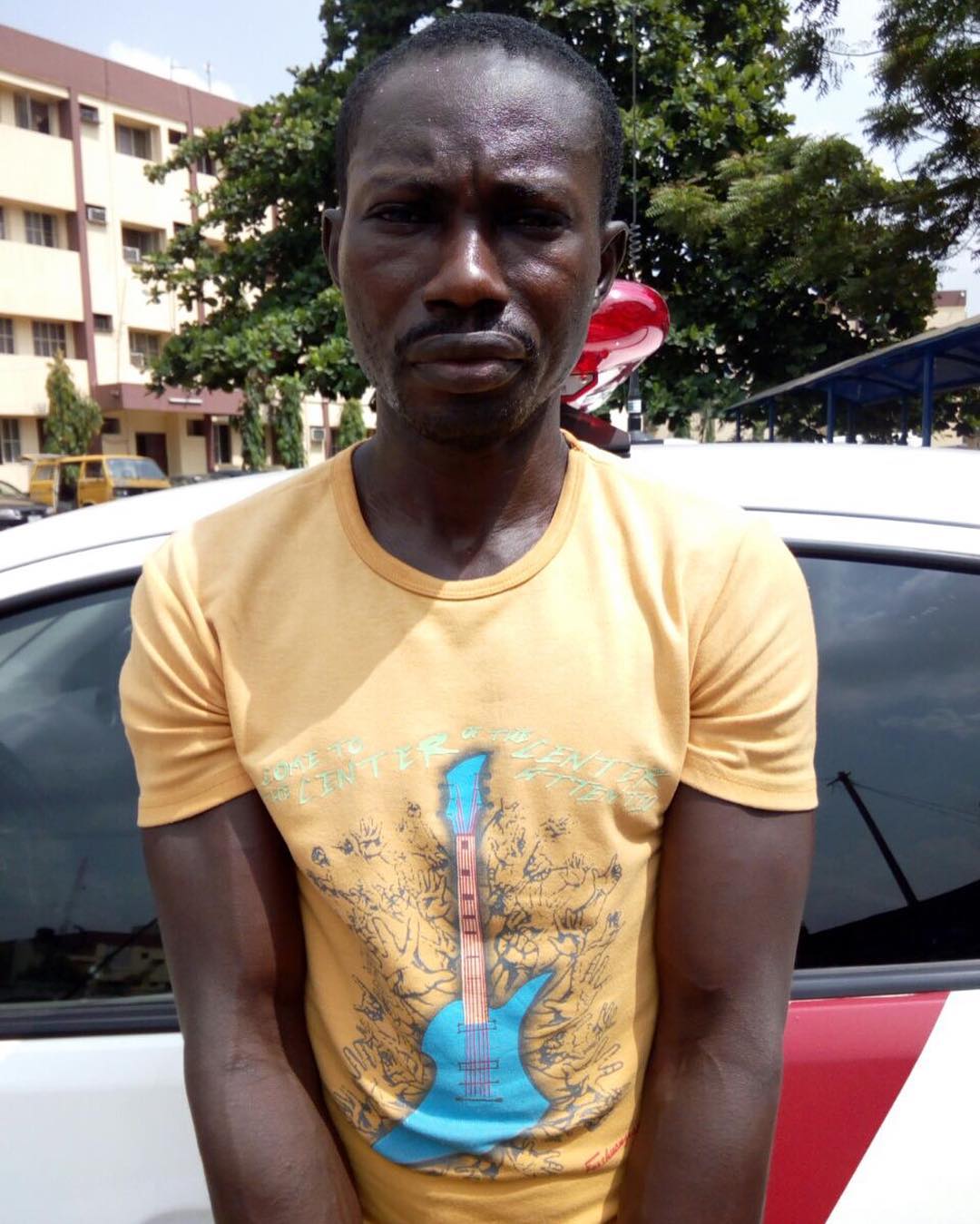 This arrest happened after the RRS were tipped off by one of the accomplices contacted by the suspect to join in on the crime.

Seidu assured the accomplice that he had a bike to use in carrying out the kidnap and that 10 million Naira ransom would be demanded from the boy’s father who is a landlord and an electrical appliances dealer. However, the would-be accomplice revealed that he was uncomfortable with the whole plan and sensed that it would backfire, leading him to call a friend in Lagos who advised him to come to Lagos and report the case to the RRS.

Upon being tipped off, a female member of the RRS Decoy Team posed as a lady contacted by the kidnapper to help care for the boy after he was kidnapped and as plans for the kidnap was being set in motion, the undercover investigator kept getting intel from the unsuspecting criminal. This led to the arrest of Seidu.

It was also revealed that Seidu, who is from Kogi state, had carried out two successful kidnaps in Kogi state and received huge ransom from their family before moving to Ogun state.

Seidu confessed to the crime and revealed that he had been watching the parents of his would-be victim for weeks and already knew their schedule. He planned to kidnap the boy at the point when his father got down from the car to close the gate of their compound before driving the boy to school.  He claimed he conceived this plot because his mother was ill and he needed money to pay for her medical bills.

Seidu is currently being held at the State Criminal Investigation Department (SCID), Panti, for further investigation.