December 03, 2016
This was sent to me on whatsapp though... Some alleged kidnappers in the Epe area of Lagos were caught just as they were trying to get away with their crime yesterday. 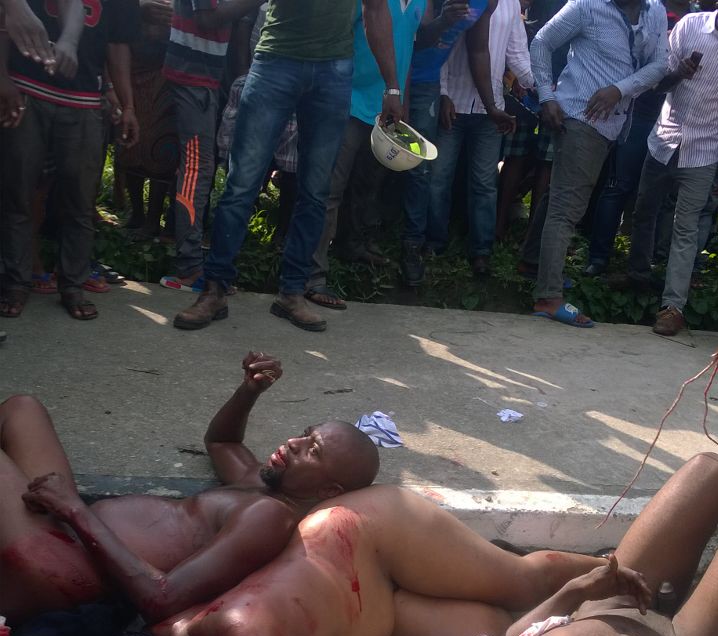 it was alleged that the criminals consisting of one female and two men were apprehended by residents and stripped naked.

In a related development, kidnappers from Delta and Enugu have been arrested in Calabar, Cross River state during a kidnapping operation. 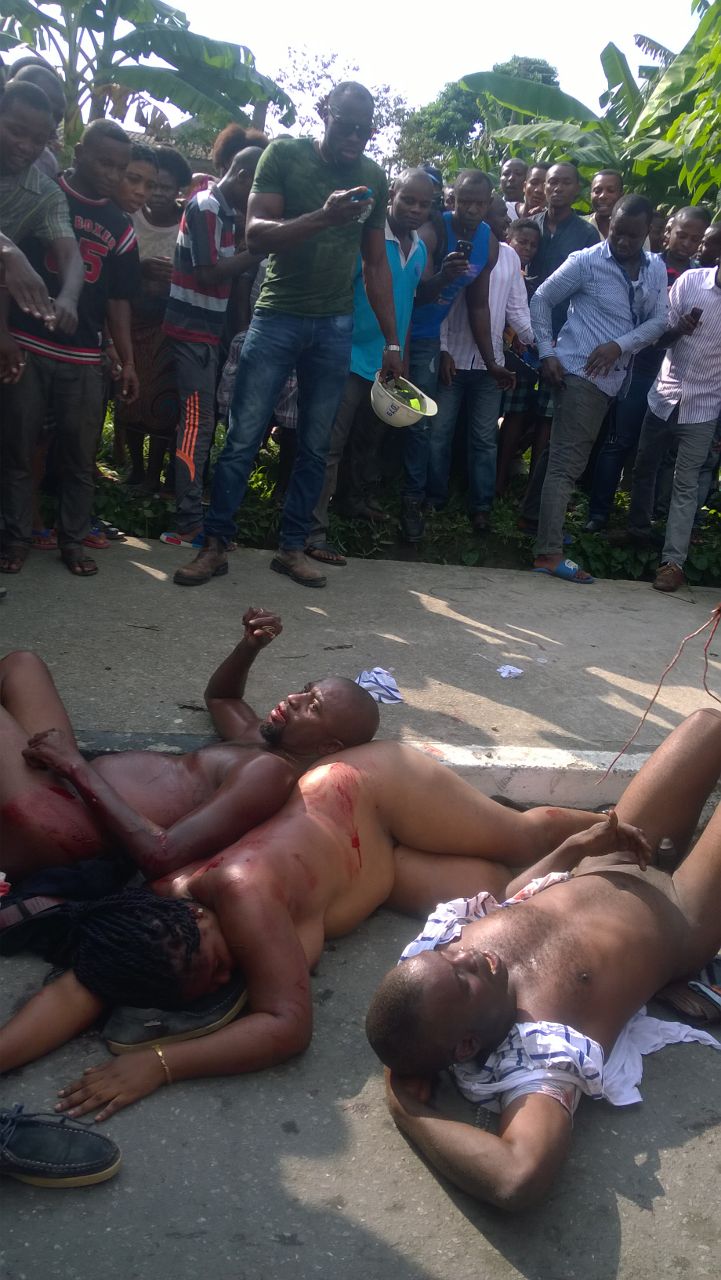 In a post and photos shared by APC TV via its social media page, it reported that residents apprehended the kidnappers after they had taken a victim.

Some however criticised the stripping of the suspected kidnappers.... more pics below: 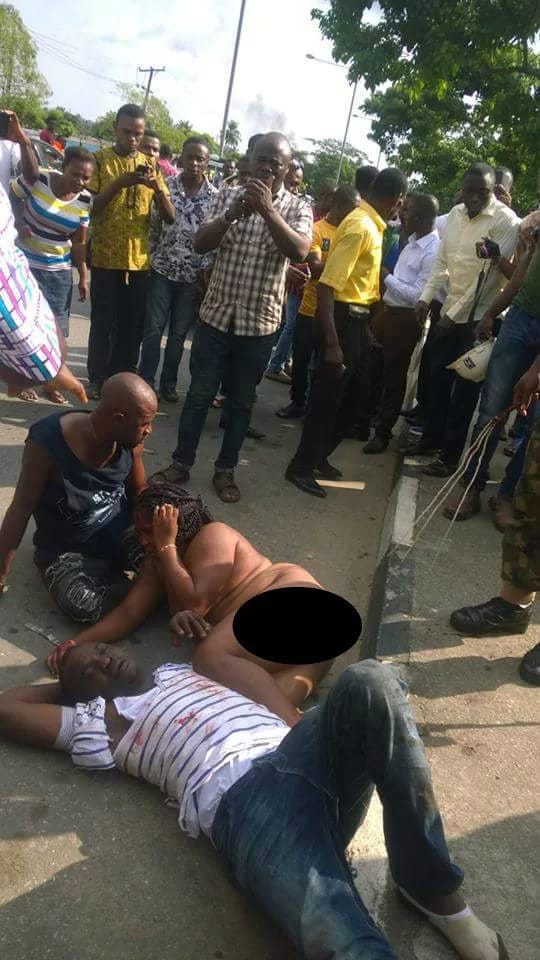 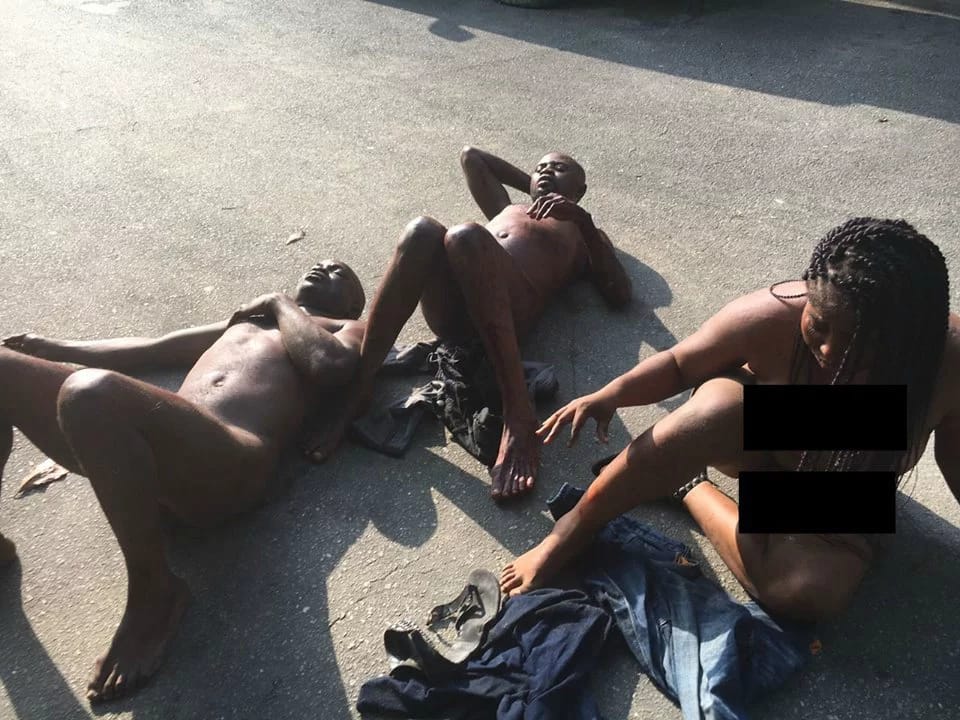