December 24, 2016
Ghana’s Black Queens say they will march on the presidency if their outstanding bonuses are not settled by close of day on Friday as promised by the Minister of Youth and Sports. 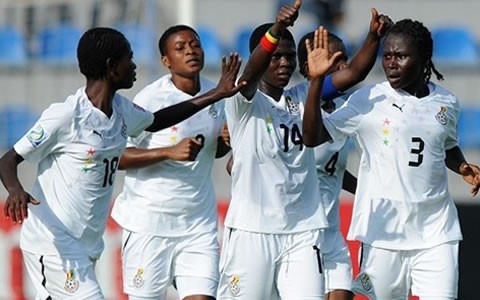 The Queens staged a Super Falcons -like public protest on Thursday to scale up the pressure on the ministry on what they say are bonuses amounting up to $25,000.

Twenty-one members of the team that reached the semi-final of the Africa Women Championship gathered at the offices of the Ghana Football Association before marching on parliament, where they were denied access.

Carrying placards with inscriptions like ‘Honour Your Heroines’, ‘Don’t Discriminate’ and ‘Pay Us Our Money’, they then converged at the offices of the Ministry of Youth and Sports for an audience with sector minister Nii Lantei Vanderpujye.

The women stated the minister has promised to settle all the outstanding bonuses by Friday.

“They say they would pay us before the holidays, so we are patient.

“If the promise is not honoured, then we would have no choice but to go to the president himself,” midfielder Samira Suleimana said.

Queens captain Elizabeth Addo said they were growing tired of the situation.


“We gathered today because on Tuesday it would be ready. We simply want to be paid for what we have earned.”

The Black Queens say they are owed $25,000 that stretches back two years and covers their triumph at the 2015 All Africa Games, qualifiers for the Africa Women Championships and their participation in the competition in Cameroon.

The protest on Thursday was a culmination of agitation by the side that goes back two years. The Queens refused to leave their hotel in 2015 after returning from the All Africa Games until they were convinced to do so by President John Dramani Mahama.

The players say they hope the action on Thursday will mark the final chapter in the episode.