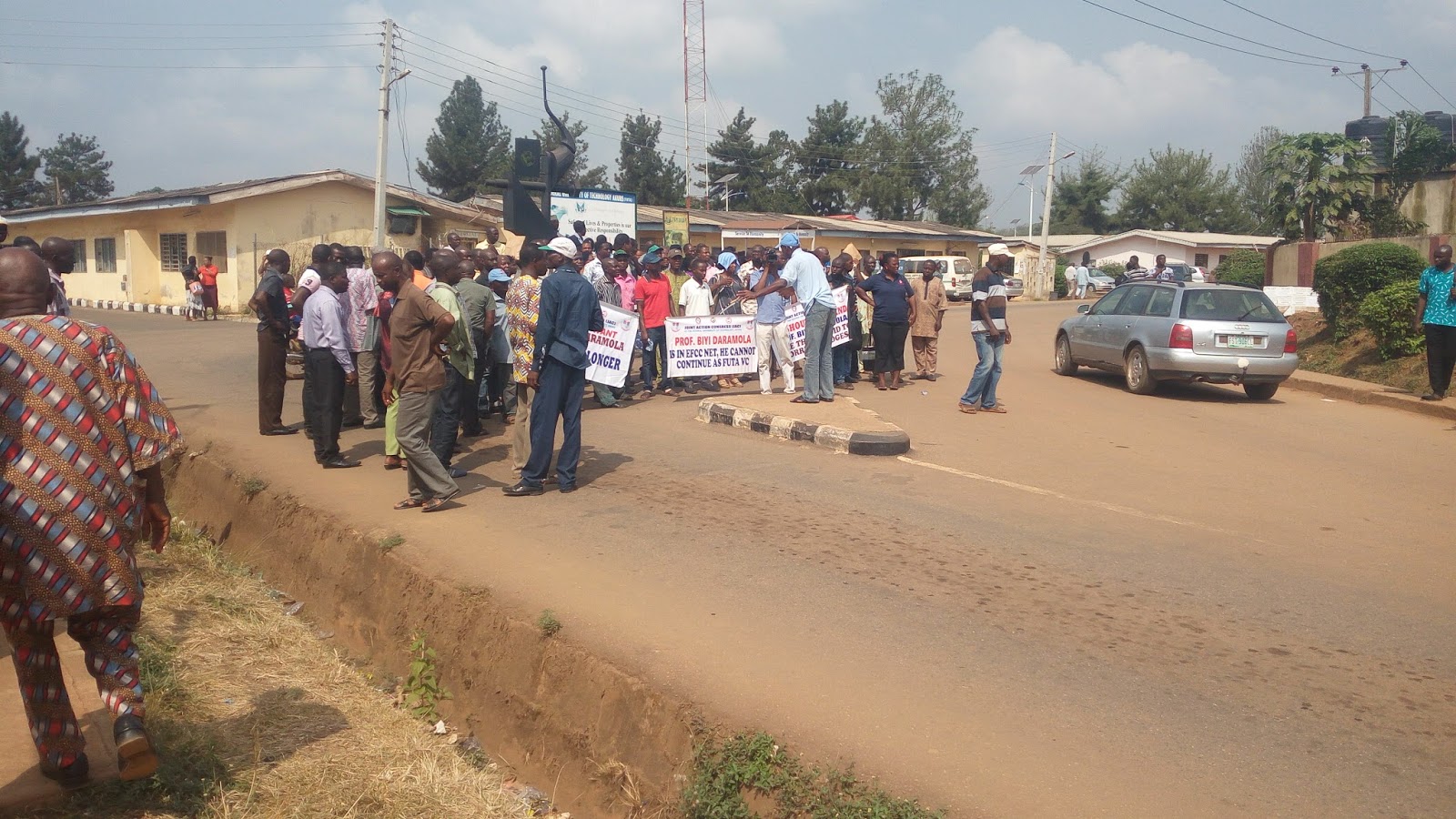 FUTA south gate is boiling as workers keep Protesting... In spite of the reconciliation moves in the lingering crisis between the Vice Chancellor of the Federal University of Technology, Akure, Prof. Adebiyi Daramola and three labour unions (JAC) in the institution, workers were yet to return to work and instead continued their protest.

The three labour unions- Senior Staff Association of Nigeria, the National Association of Academic Technologists and the Non-Academic Staff Union of Universities have been calling for the sack of Daramola following an allegation of financial misappropriation.

It was however gathered that inspite of the effort of the management, the workers were still on ‘strike’, making both academic and non-academic activities paralysed. They say, the crisis will not end until the Vice Chancellor was removed.

Meanwhile the management schedule Jan 3rd for the commencement of a new session... those hopes are lost as the schedule of fees is yet to be released and the protest continues... See more photos below: 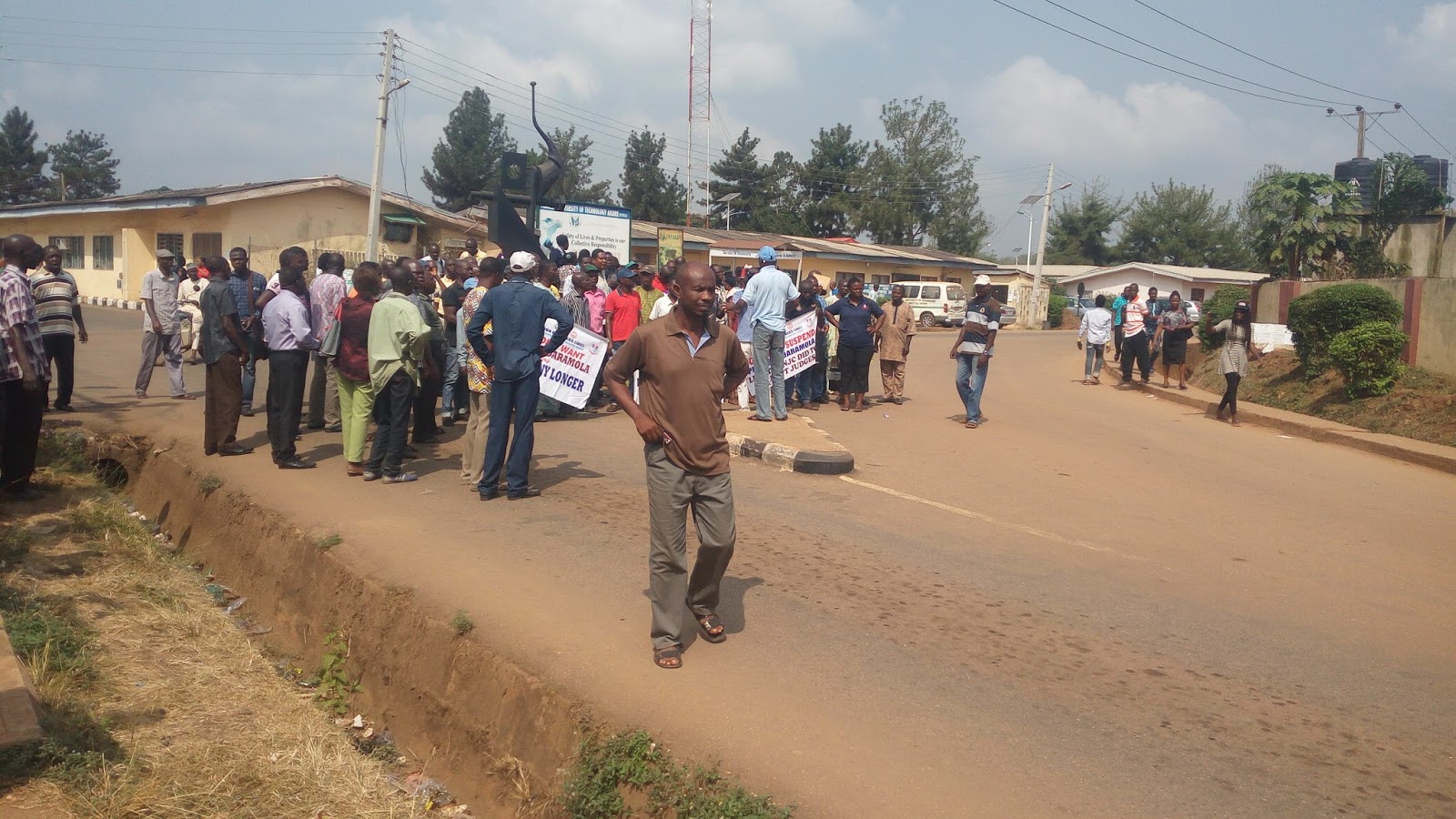 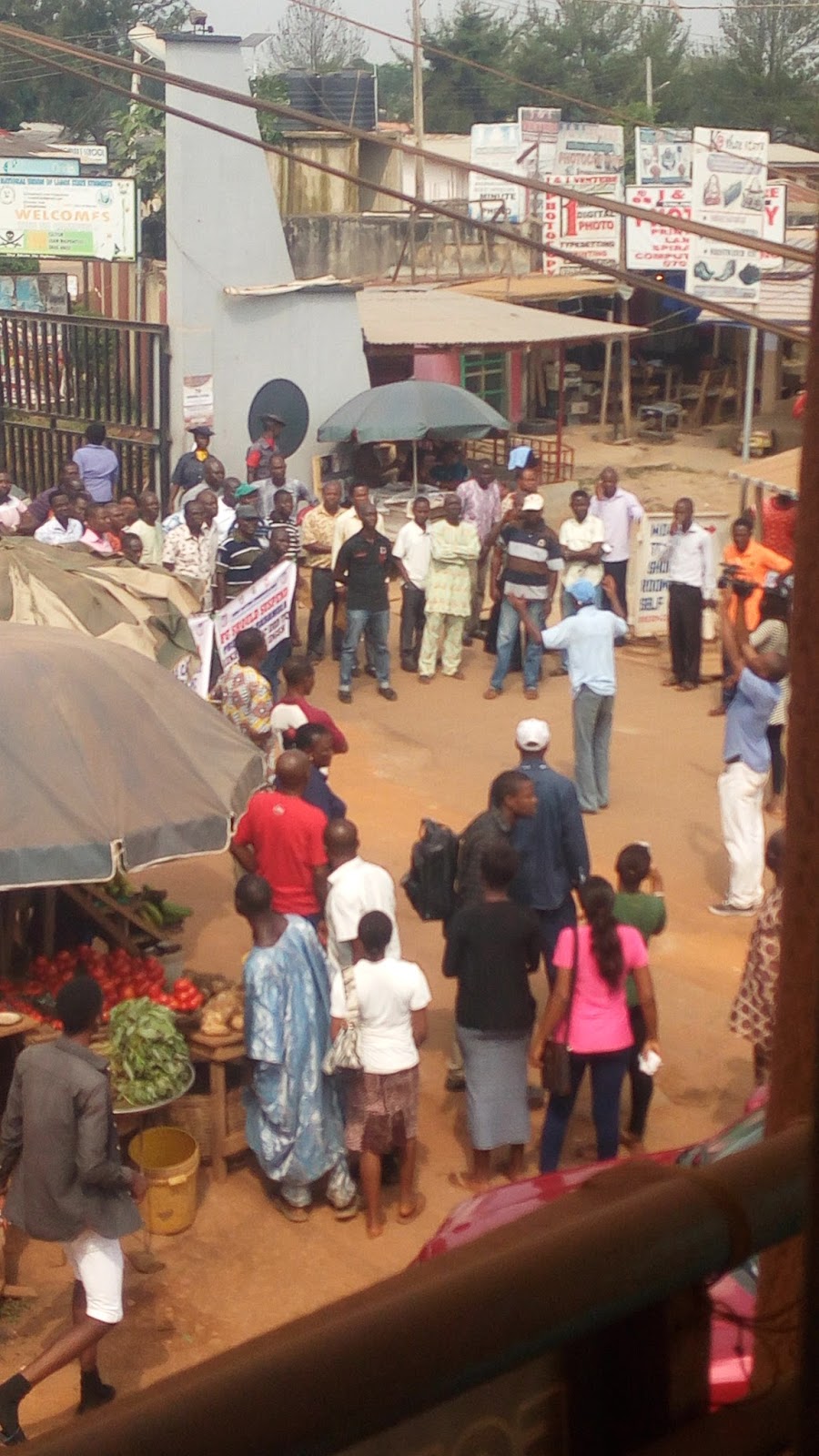 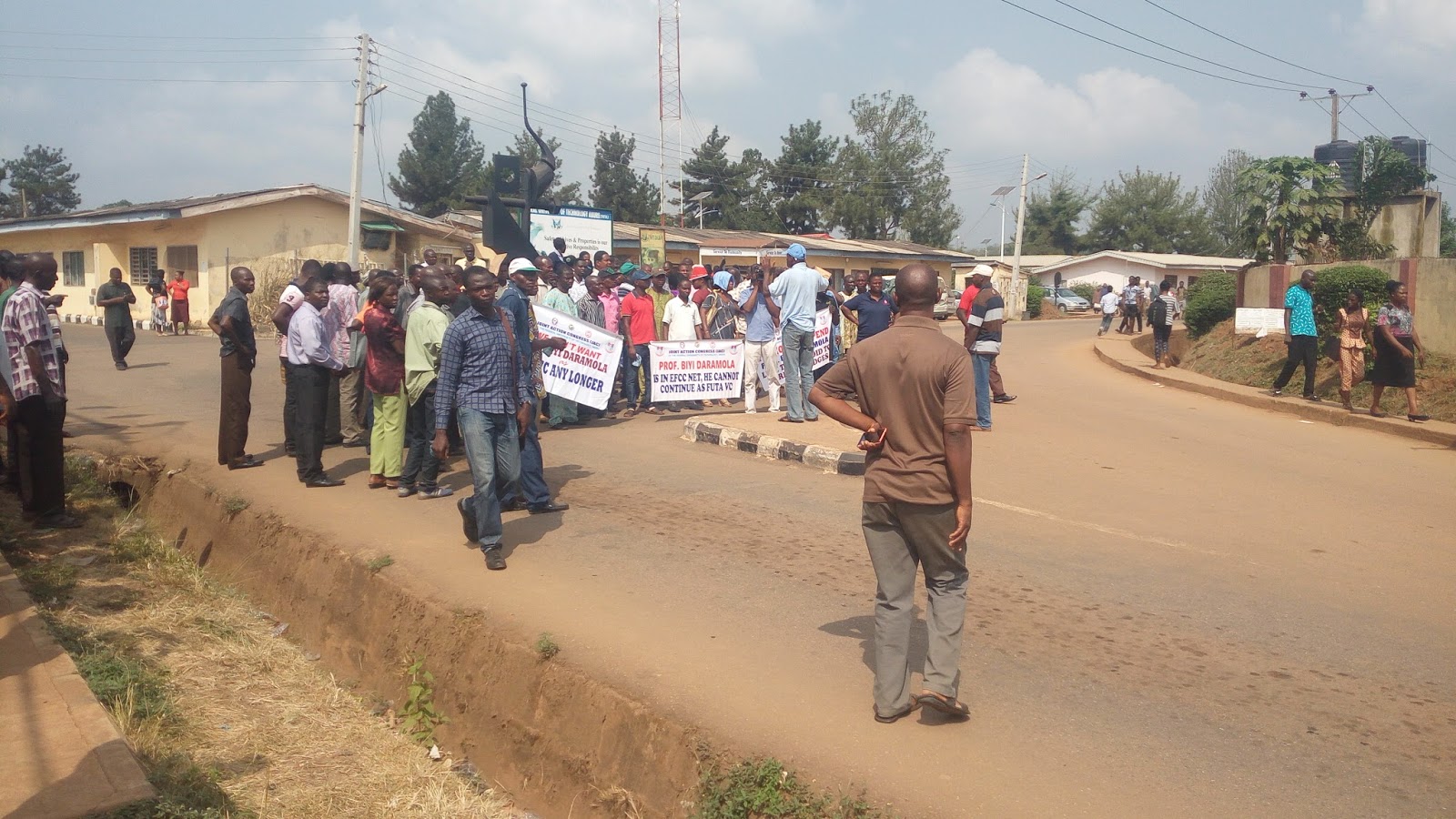