Cristiano Ronaldo crowned a memorable year by being named the world's best player for a fourth time when he won the 2016 Ballon d'Or on Monday night. 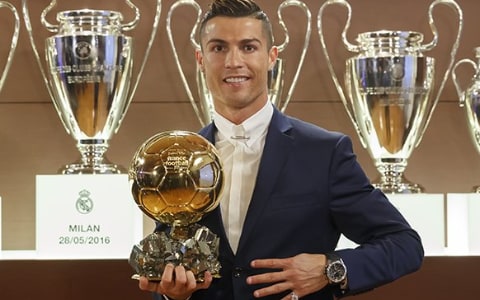 The 31-year-old Portugal and Real Madrid foward topped the poll of 173 journalists worldwide.

Ronaldo played a crucial role as Real beat city rivals Atletico Madrid in May to become European champions for a record-extending 11th time.

Then two months later, Portugal triumphed at Euro 2016 in France to claim a major trophy for the first time - despite losing their talisman to injury early on in the final.

Ronaldo, who has so far scored 48 goals in 52 games for club and country during 2016, was not able to accept the award in person with the forward currently away in Japan as Real Madrid prepare for the FIFA Club World Cup.

The 31-year-old has previously won the Ballon d'Or three times, the last in 2014 when it had been merged with the FIFA World Player of the Year accolade. 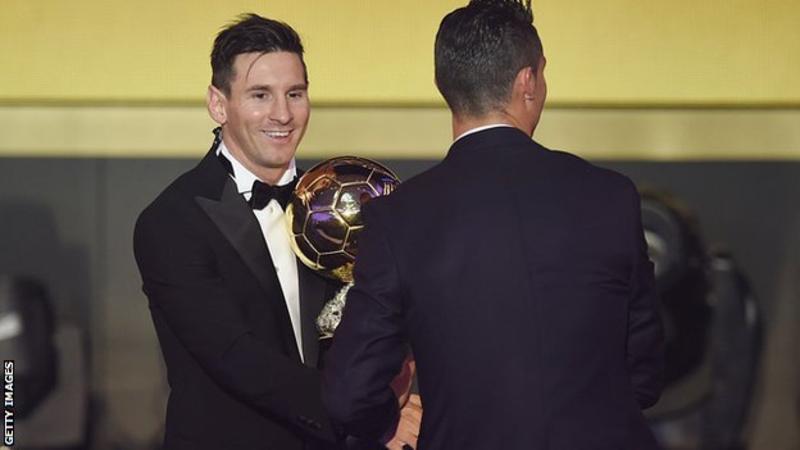 Commenting on his triumph, Ronaldo said:


"I never thought in my mind to win four times the Golden Ball, so I am so pleased and so happy.

"I have the opportunity to thank all of my team-mates, the national team, Real Madrid, all of the people and players who helped me to win this individual award.

"As you can imagine I feel so proud and happy to receive this amazing and beautiful ball, I am so happy."

France Football announced Ronaldo as the winner at 7pm GMT, but it had revealed the top five before the countdown.

Ronaldo's Real Madrid team-mate Gareth Bale, who helped drive Wales to the semi-finals of Euro 2016, was voted in sixth place.

Some 30 players in all were put forward on the 2016 Ballon d'Or finals list, which included several players based in the English Premier League.

Leicester's title winning striker Jamie Vardy was put into the top 10 as the English forward finished in eighth place with midfielder Riyad Mahrez, the PFA Player of the Year, ranked seventh.

Manchester United midfielder Paul Pogba became the world's most expensive player when he joined Manchester United from Juventus for £89million in the summer, and the France international placed 14th.

Sweden forward Zlatan Ibrahimovic also headed to Old Trafford when he left Paris St Germain on a free transfer. The veteran 35-year-old striker finished in 13th position of the journalists' poll following his tally of some 40 goals in 2016.

Let's take a quick look at the historical list of the Ballon d'Or winners.
Ballon D'or Complete Winners List.
Along with Griezmann and Messi, Ronaldo has also been named on a three-man shortlist for The Best FIFA Men's Player Award 2016, which will be announced at a ceremony in Zurich on January 9.