3 escape death in Osun State, following a ghastly accident while returning from a nightclub... Instablog9ja reports. 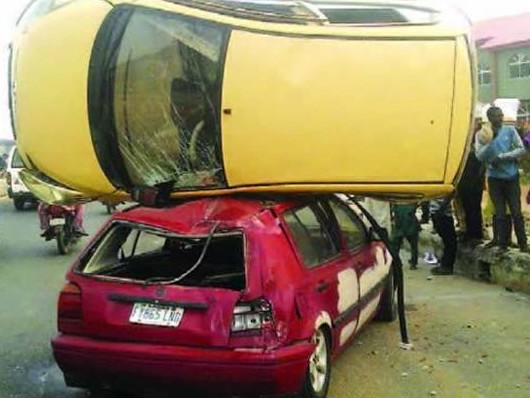 3 occupants of a Hyundai car returning from a night party, narrowly escaped death in an auto crash which occurred at Ayetoro Junction, Osogbo in the early hours of Saturday morning.

A lady in the car, sustained a minor injury as the vehicle which was on top speed hit the kerb, somersaulted and landed on a stationary Volkswagen Golf car parked by the road side. The 2 other occupants were said to have came out without any injury. 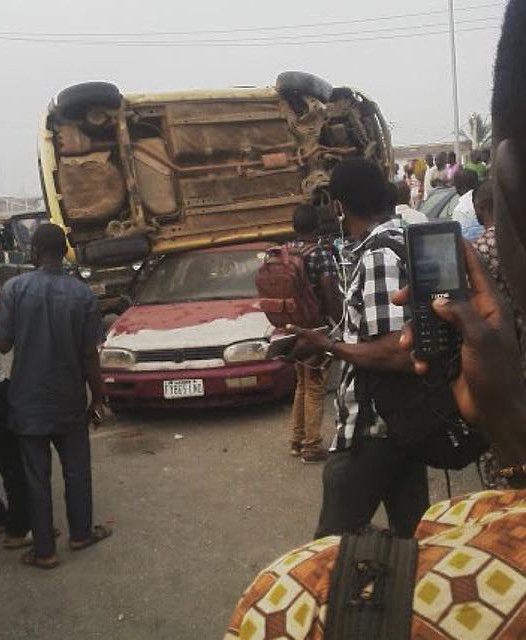 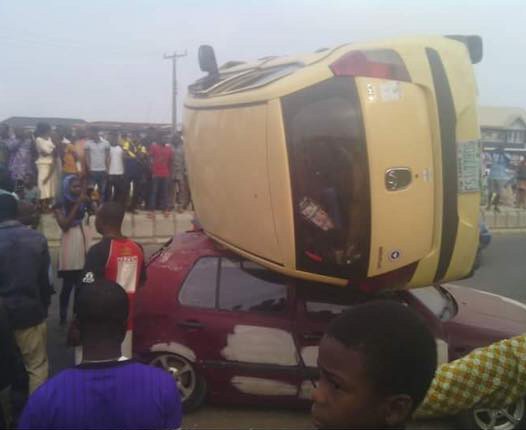 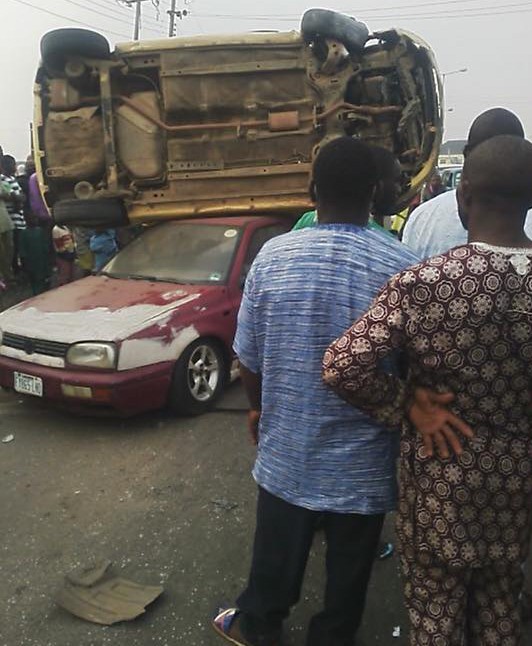