November 09, 2016
One of the greatest wrestlers, performers, and mic-droppers of all time and a WWE Hall of Famer to top it off Shawn Michaels may soon be in charge of shaping the next generation of athletes to step into the ring. 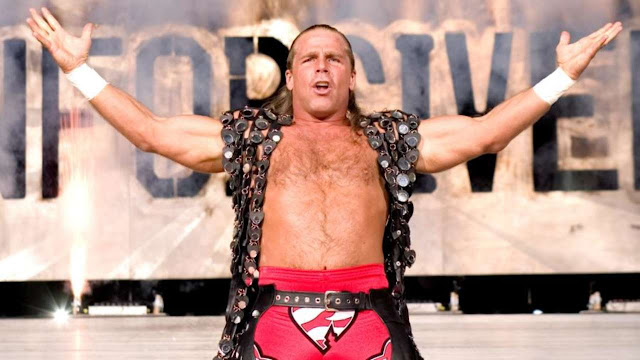 According to Kevin Nash and via The Kevin Gill podcast, the Heartbreak Kid is taking on the role of Head of the WWE Performance Center, instructing NXT athletes.

"Oh yeah, he’s moving to Florida with the family and everything," Nash said. "If you thought that NXT was something wait til that son of a bitch gets down there and gives them his magic. There is nobody better than him. Physically nobody better. Psychology nobody better. It’s going to be a game changer. I don’t know what the hell they are paying him but it’s got to be a lot because to get Shawn to do the 9-5."

During his career, Michaels won the WWF Heavyweight Championship three times, the WWE title once, as well as twice owning the tag-team strap when he was with Marty Jannetty in The Rockers. After the 1992 split with Jannetty, HBK went on to win the Royal Rumble twice and hold the Intercontinental Championship.

His first run went from 1988 through 1998 but he returned to the WWE in 2002 before officially closing his professional career in 2010. He was the closer for Wrestlemania five times and may have had his greatest impact as a founder of D-Generation X alongside Triple H, Rick Rude, and Chyna.

NXT has grown from its 2010 debut of training rookies into pros into a true developmental ground that has produced major results.

Season 1 developed Daniel Bryan who went 0-10 during his time there but became a WWE Heavyweight Champion as well as Heath Slater, one half of the current SmackDown LIVE tag-team champions.

The third season was for the female development and it produced AJ Lee and Naomi.

Nash said that the move for Michaels will be a full-time endeavor and not something he goes in with half effort adding that the entire family will make the move to the Florida facility.

"His son wants to do graphic design. His daughter wants to be a veterinarian. Sea World is down there. There’s a lot of advantages to being in Orlando over Abilene, TX," Nash said. "Nothing against Abilene. I hear there’s a lot of good things going on there." .... sources: comic book.