Why I Changed The Colour Of My Son’s Hair – Olamide.

November 29, 2016
It took most fans by surprise when popular musician ‘Olamide Badoo’ decided to dye the hair of his one-year-old son Batifeori Maximiliano Adedeji. 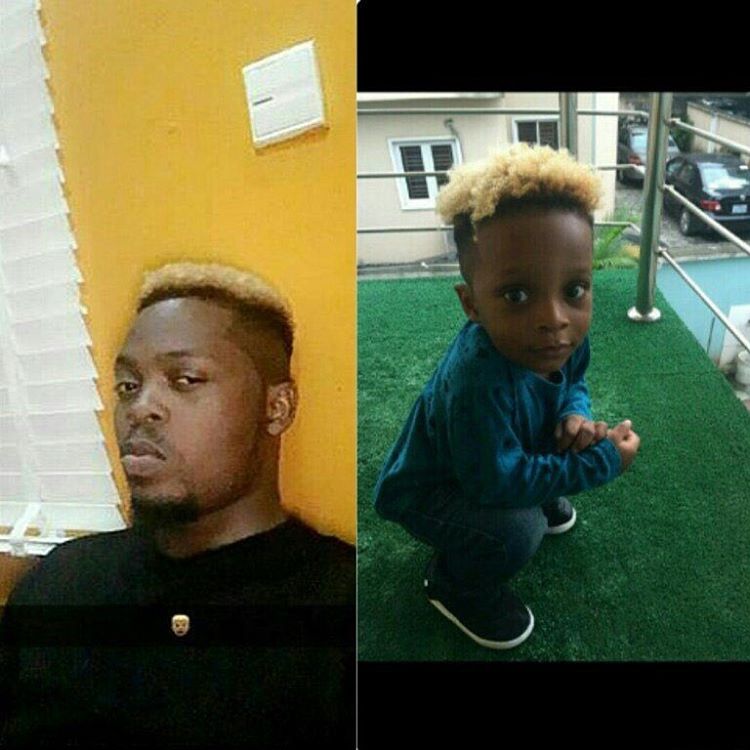 When the pictures of Olamide and his son rocking matching hair styles hit the internet, most of his followers felt the one-year-old boy was too young for such eccentricities.

However, Olamide in a recent interview with a renowned radio station, has given a main reason why he dyed his son’s hair. Read what he said below…


“Dyeing my son’s hair was deliberate. We are just jumping on this twinning trend. I’m doing my best to raise my son in the right way. I try as much as I can to spend time with him and make sure I’m part of his day to day growth.”

The YBNL CEO who wants to be remembered as “a symbol of hope for the streets.” also went on to reveal that he and his protege Lil Kesh are still on good terms even though he is no longer signed to the label.