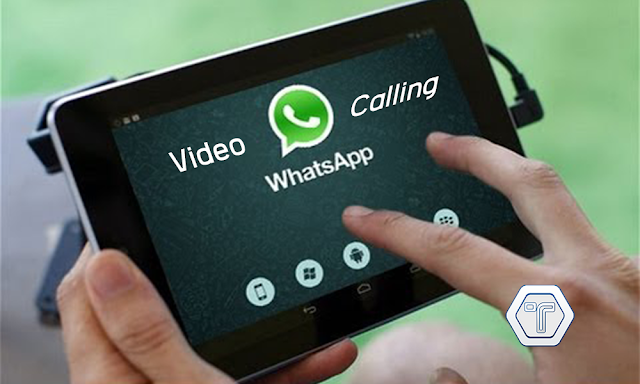 WhatsApp has announced that more than one billion users will be able to make video calls on iPhone, Android and Windows Phone devices “in the coming days.” And to work out all the kinks, WhatsApp has been beta testing this feature over the last few months. This is a highly anticipated feature because WhatsApp users have been requesting it for years.

As you are using the video calling feature, you can switch between the rear- and the front-facing camera of your device. There is also a mute option if you do not want the receiver to hear what is being said through the microphone. And tapping on the red phone icon hangs up the call.

One of the biggest advantages that video calling on WhatsApp has is that it is cross-platform as opposed to Apple FaceTime — which works on just iOS devices. Plus video calls made using WhatsApp are fully encrypted to prevent unauthorized access from snoopers. By adding the video calling feature, WhatsApp is now on par with other chatting apps like Facebook Messenger, Skype, Viber and Google Hangouts / Duo.

“We’re introducing this feature because we know that sometimes voice and text just aren’t enough. There’s no substitute for watching your grandchild take her first steps, or seeing your daughter’s face while she’s studying abroad. And we want to make these features available to everyone, not just those who can afford the most expensive new phones or live in countries with the best cellular networks,” said WhatsApp in a blog post.

Facebook acquired WhatsApp for $19 billion in cash and stock in February 2014 and the messaging app company has been operating independently since then. WhatsApp had around 50 employees at the time of the acquisition and now there are 200. The bandwidth used to support WhatsApp’s voice and video call features are powered by Facebook’s servers said WhatsApp co-founder Jan Koum in an interview with Reuters. 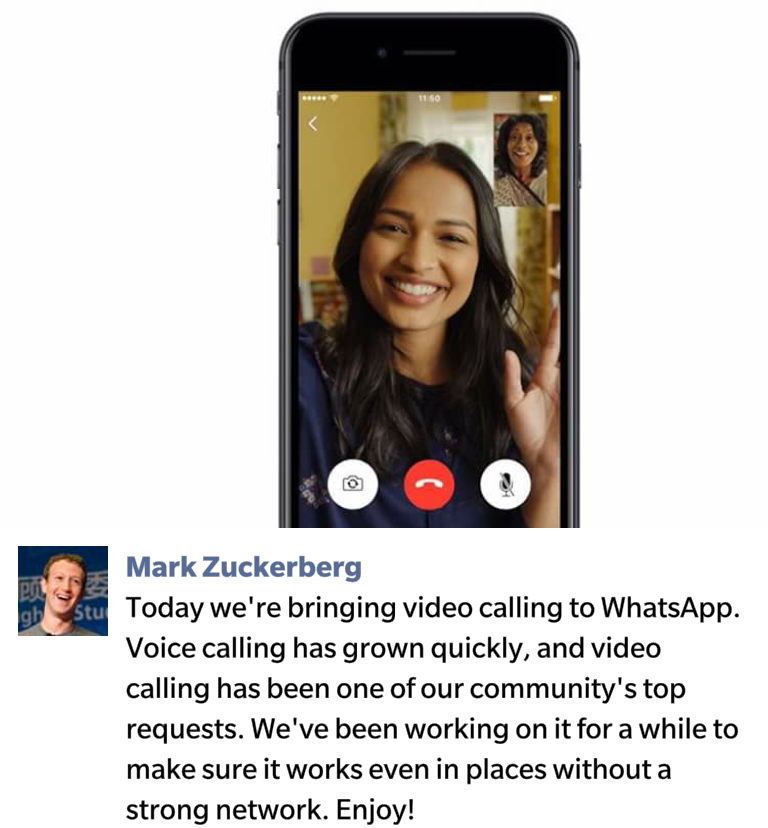 In a blog post about the privacy policy change, WhatsApp acknowledged that it has been exploring ways for users to communicate with businesses. In the future, WhatsApp might add a way for banks to contact you about potentially fraudulent transactions or airlines notifying travelers about flight delays.

To add these types of features, WhatsApp had to make changes to the privacy policy. Fortunately, WhatsApp takes encryption very seriously so your messages, files, voice calls and video calls will continue to remain private.