According to LIB the original author of this post, A local Nigerian footballer Harrison Chinedu, remarkably broke the Guiness World record of cycling for 64 miles with a football balanced on his head. 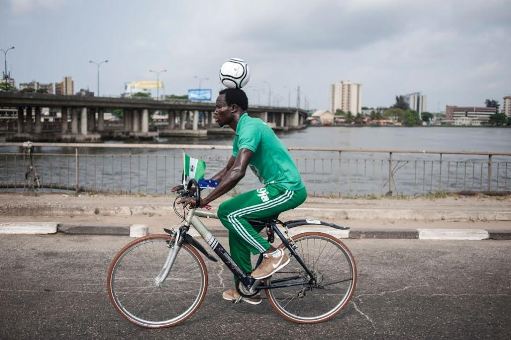 Wearing the Super Eagles jersey, Chinedu rode his bicycle with a ball on his head from the beach to the National stadium, Surulere, while fans, drivers and passers by, sang and cheered him on as he attempted the bizarre feat.

According to Chinedu, he had tried the feat in March this year but failed when he reached 30 miles, but after several rehearsals and training, made up his mind to carry out the feat again. 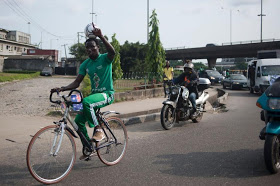 After the feat, he said:


"My biggest motivation was that I believe in showcasing my God-given talent. I know I have the skill and I want to show the world what I can do. This one is a record created by me and I am happy that I have done my own side. And it's left for the Guinness World Records to ratify it and bring back results." 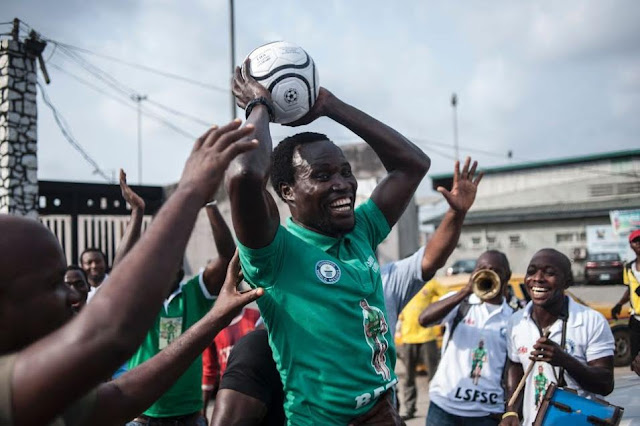