US Election: Women in Hijab Harassed at Voting Point. 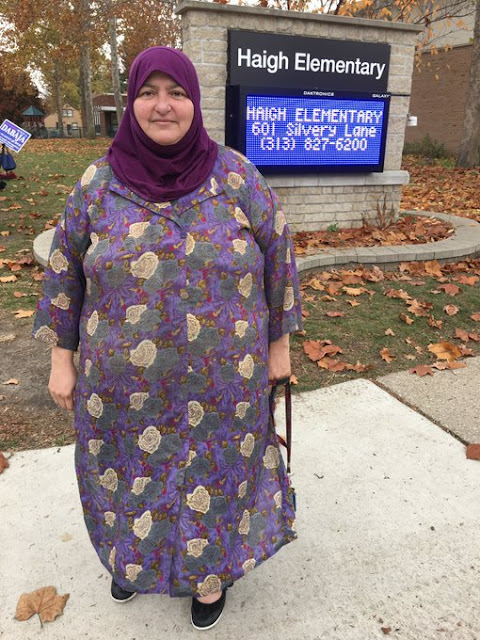 A man in the city of East Lansing, Michigan, pulled two women wearing hijabs out of line to check their IDs early this morning and attempted to prevent them from voting, officials said.

Ingham County clerk Barb Byrum confirmed the incident was reported to her office, which oversees East Lansing, at 7.53am this morning, in what she described as an act of voter intimidation.
According to the complaint received by Byrum’s office, the man pulled two women wearing hijabs out of line to check their voter registration cards.
“It appeared he was trying to direct them to another polling place, which may or may not have been justified,” the complaint from an East Lansing resident said, adding in an email to Mother Jones that the man “seemed polite and non-confrontational.”
The resident, Ron Fox, reported the incident to poll workers, and the man was soon asked to leave. Byrum told the Guardian she contacted the East Lansing clerk, who in turn contacted law enforcement.
“This was the procedure that was established a week or so ago in the event there was any event or voter intimidation or harassment,” she said.
“I have zero tolerance for the harassment or intimidation of my voters.” Byrum said she has received no additional reports of voter intimidation, as of4pm.
East Lansing is located about 90 miles west of Detroit.