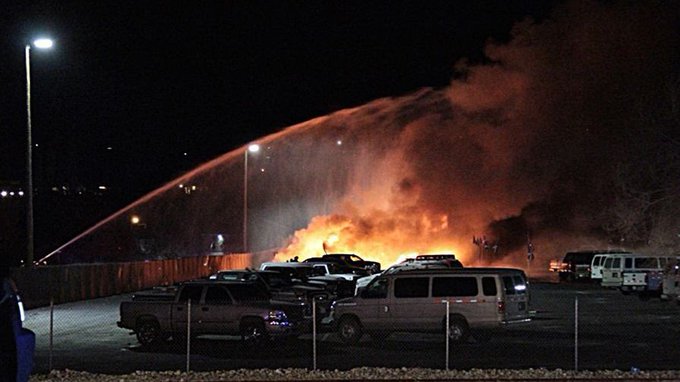 An Elko cardiologist told the Elko Daily Free Press that the plane was transporting a heart patient to the University of Utah.

The newspaper says the plane crashed into the Barrick Gold Corp. parking lot, causing multiple explosions and sending up flames near a busy casino. The Free Press says preliminary reports indicate there were multiple casualties. Kenitzer says there were no ground injuries.

The Piper PA 31 plane crashed in the city of Elko, Nevada under unknown circumstances, officials said. NBC affiliate KRNV report that there were at least 4 people on board, citing local authorities.

we have to evacuate our house because there's a plane crash.
— manda (@dowdheyyy) November 19, 2016

Per a police scanner, local business Sierra Java is offering shelter to evacuated residents. Sierra Java is located near the Gold Dust West Elko casino, which is about a half-mile from a regional airport.

Witnesses on social media reported the crash occurred in a parking lot, where parked vehicles exploded from the impact.

Fire services, ambulances, and police have reportedly arrived at the scene. Flames were reportedly seen near a grocery store and a senior housing complex, Elko Daily reported.