November 10, 2016
The Federal government says it is facilitating the procurement of additional 40 large-scale rice mills to achieve self-sufficiency in rice production by 2018. 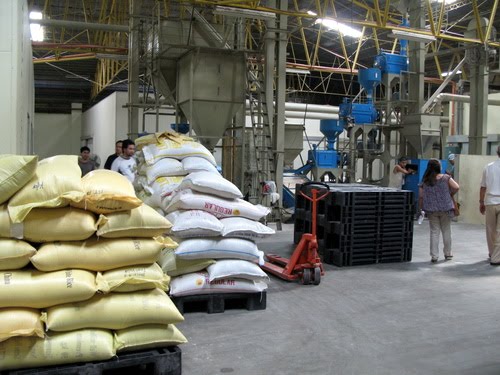 Chief Audu Ogbeh, Minister of Agriculture and Rural Development, disclosed this in Abuja on Thursday at a workshop themed “Big Boost for Agro Diversification and Export.’’

Ogbeh said that the Integrated Rice Mills (IRMs) of the Ministry had increased the rice milling capacity in the country.

He said that the Ministry’s new goal was to attain self-sufficiency in food production and annually export 10 million metric tonnes of food to ECOWAS region and beyond by 2019.

According to the minister, the country’s food import bill has further declined from N1.1 trillion in 2009 to N684 billion in 2013.


“Nigeria has huge agricultural potentials with 11 million hectares of arable land but only cultivates 40 per cent; 263 billion cubic metres of water with two of the largest rivers in Africa.

“We have a cheap labour force to support agriculture intensification. We grow our food, feed ourselves and create local and international markets for our farmers and also unlock our enormous potentials in agriculture.

“We can achieve the economic diversification goal of government and surmount the present economic recession.

“I hope with the help of the Pentair, Good Rain, Dayu irrigation, Zhong Zhou Poultry, Jinan and our local companies, we will diversify and get out of recession in no time,’’ Ogbeh said.

Ekesiobi said that the companies would introduce and showcase for adoption, technologies to turn around neglected agro value chain of the country in six months.


“I hereby state that any state, local government, commercial and private agro company that adopts and partner with these corporations will be on their way out of recession within a short time.

“If Chile and other countries can survive on agriculture with huge favour, Nigeria can do the same if it adopts and apply the right technology,’’ he said.

He urged states, local governments and stakeholders to identify crops that are adaptable to their terrain.

Ekesiobo added that the partnership would boost and achieve sustainable economic growth and job creation in the country.