Johnny Depp Joins Fantastic Beasts And Where To Find Them Sequel

November 03, 2016
Potterheads, rejoice! Fans still have weeks left until Fantastic Beasts and Where to Find Them hits theaters, and hype for the film grows by the day. But, now, we have learned at least one new actor will be joining the franchise. In an exclusive report, Deadline is reporting that Johnny Depp will star in the sequel to Fantastic Beasts and Where to Find Them. 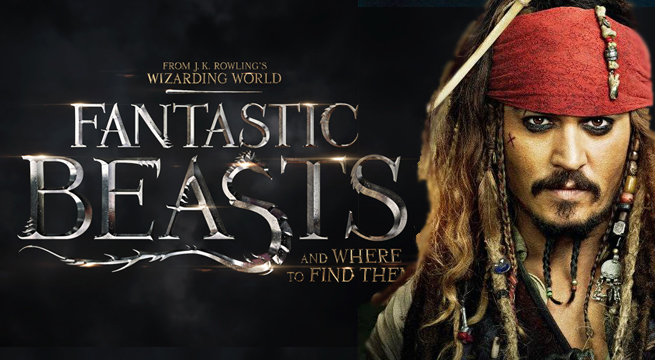 According to the site, Depp will co-star in the film alongside Eddie Redmayne who is set to reprise his role as Newt Scamander. So far, there is no official word on who Depp will be playing, and fans likely won’t hear about his role until Fantastic Beast and Where to Find Them drops. Deadline has hinted that Depp may cameo briefly in the upcoming film when it debuts November 18th, but there is no source available to corroborate that rumor.

Many actors have been fan-cast in the film, and Depp is one of those who fans have hoped to see join the wizarding world. Deep’s in-depth, character-driven performances make him an ideal actor for the franchise. His previous work with other series has also prepared him to star in Fantastic Beasts and Where to Find Them. Depp has famously played Captain Jack Sparrow in the Pirates of the Caribbean films and the Mad Hatter in Alice In Wonderland.

Fantastic Beasts and Where to Find Them is an all-new adventure returning us to the wizarding world created by J.K. Rowling. Academy Award winner Eddie Redmayne (The Theory of Everything) stars in the central role of wizarding world magizoologist Newt Scamander, under the direction of David Yates, who helmed the last four Harry Potter blockbusters. Fantastic Beasts and Where to Find Them opens in 1926 as Newt Scamander has just completed a global excursion to find and document an extraordinary array of magical creatures. Arriving in New York for a brief stopover, he might have come and gone without incident…were it not for a No-Maj (American for Muggle) named Jacob, a misplaced magical case, and the escape of some of Newt’s fantastic beasts, which could spell trouble for both the wizarding and No-Maj worlds.

Warner Bros. Pictures has slated Fantastic Beasts and Where to Find Them for worldwide release in 2D and 3D in select theatres and IMAX on November 18, 2016.