FUTASUG UPDATE: WHEN SIlENCE IS NO MORE GOLDEN.

November 29, 2016
The article you are about to read is not of my authorship but of The student union government of the federal University of Technology akure... and I quote: 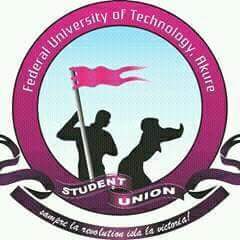 Solidarity greetings from the apex students' policy making body of Federal university of technology Akure to its members.

It is no more an headline news of the lingering agitation of the joint action committee (JAC) for the removal of the vice chancellor of the university which has hindered the commencement of 2016/2017 academic calendar.

Also the students' union body have never been a watching referee in the game but an acting one and are strictly following the three C's of aluta.

Series of consultation has been made and the two affecting parties have said their side of the story which push us to the second C of aluta I.e. CONSOLIDATION.

This brought about an important meeting between the students' union arms of government available on campus and the following resolutions were made.

1. There will be an open letter that will be addressed to the president of the federal republic of NIGERIA President Muhammad Buhari on social media and newspapers been the head to both parties.

2. The letter will carry an ultimatum date which must be strictly adhere to

3. Failure of the federal government to find a lasting solution to the matter before the ultimatum time lapse will lead to a peaceful demonstration tagged : solidarity walk.

4. Also making use of the social media judiciously to show our grievance about the indefinite postponement of our resumption date #FUTAMUSTRESUME.

Consequent update about the issue will be passed accross from the right quarter.