In a bid to murder Arsenal for a chance of the semifinals, Southampton gun down the gunners at the emirates as they lay down dead. 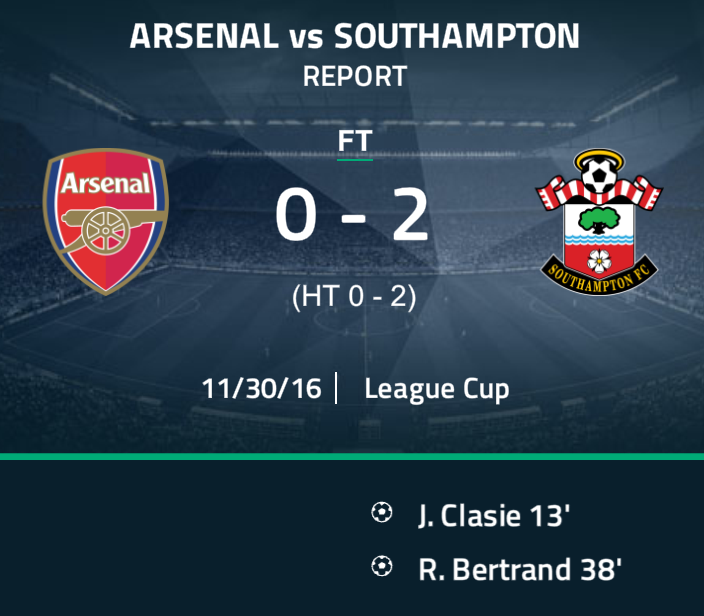 Arsenal failed to progress beyond the EFL Cup quarter-finals for the sixth season in a row as Southampton beat them to a semi-final spot with a 2-0 win at Emirates Stadium.

A first defeat since the opening day of the Premier League season, nevertheless, angered the home fans, who met the half-time and full-time whistles with widespread disapproval.

First-half goals from Jordy Clasie and Ryan Bertrand did the damage for Southampton, who had lost 2-1 on this ground earlier this season in the Premier League.

The League Cup remains the only domestic honour Arsene Wenger has never won with Arsenal, but there was little sign of an appetite to change that on Wednesday.

The Saints, by contrast, will be jubilant, having made their first semi-final in this competition in 30 years as Claude Puel continues to keep Southampton in impressive fettle... see match details below. 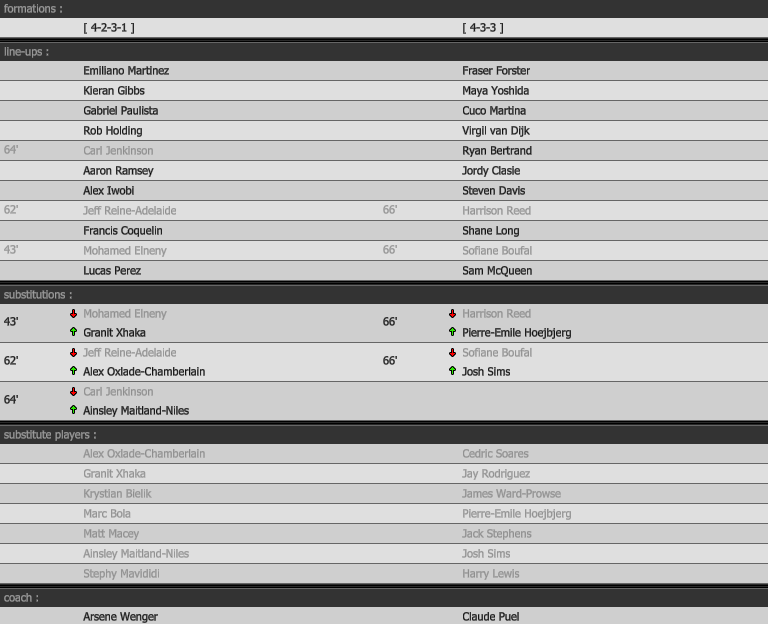